Two Boeing E-6B Mercury missile command planes have been launched recently and seen roaming near Washington DC and above Oregon state. This was right after the COVID-19 announcement of U.S. President Donald Trump and first lady Melania Trump. The U.S. explains their side, calling the launch as a 'purely coincidental' and doesn't mean anything. 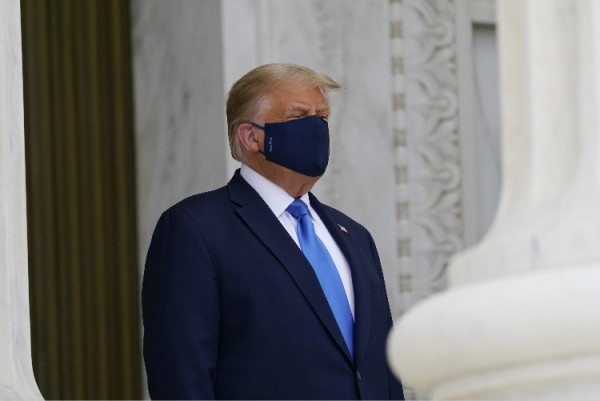 (Photo : Photo by Alex Brandon-Pool/Getty Images)
U.S. President Donald Trump (L) wears a face mask while he pays his respects as Justice Ruth Bader Ginsburg lies in repose under the Portico at the top of the front steps of the U.S. Supreme Court building on September 24, 2020 in Washington, DC. Ginsburg, who was appointed by former U.S. President Bill Clinton served on the high court from 1993, until her death on September 18, 2020.

Early Friday, Oct. 2, President Trump announced via his official Twitter account that he and the First Lady Melania Trump were both found positive with COVID-19.

Shortly before the news broke, two mysterious Boeing E-6B Mercury missile command planes were seen launched along both coasts of the US mainland.

RT There's an E-6B Mercury off the east coast near DC. I looked because I would expect them to pop up if he tests positive. It's a message to the small group of adversaries with SLBMs and ICBMs. pic.twitter.com/3ta9PmPxZD — Tim Hogan (@TimInHonolulu) October 2, 2020

Boeing E-6B Mercury planes are known as "airborne command posts," which can convey instructions to the fleet of ballistic submarines the U.S. has in waters around the world. It will then, deploy nuclear-tipped Trident submarine-launched ballistic missiles (SLBMs).

These missile command planes are part of the country's program called "Looking Glass," that provides command to the US nuclear forces in the air, once the ground-based command centers stop operations.

What does this mean? 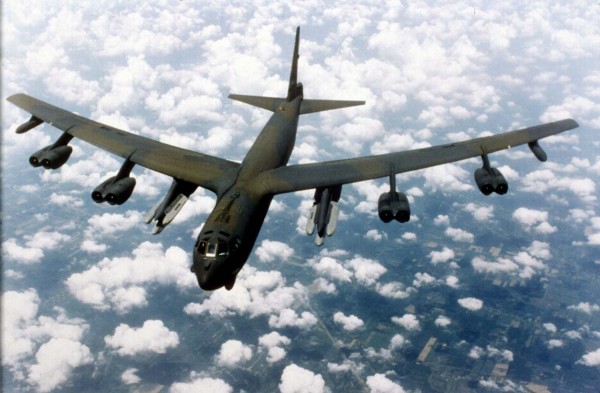 They get sent there when the president isn't at full capacity to send a warning to adversaries not to nuke us. This is real folks. — defiant maraleia because the GOP are criminals (@maraleia) October 2, 2020

E-6Bs are airborne command centers for controlling long range nuclear missiles. The message is whatever is happening with the President, do not try any funny business because the USA is ready for nuclear war. — RJ (@RJLvegas) October 2, 2020

To stop all rumors, the U.S. Strategic Command spokesman explained to Fox News that the launch exercise were just "purely coincidental" and that "no change to the posture of the U.S. military," were made as, "The president remains the commander-in-chief."

ALSO READ: NASA Disappointed in Boeing Amid 61 Failures That Delayed Starliner! Could SpaceX have been the Better Choice?