Johnson & Johnson's medical arm, Janssen, sees an unfortunate pause for its Novel Coronavirus (COVID-19) vaccine trials as "unexpected illness" was seen on patients, right on the company's phase three. The advanced clinical trial of Johnson and Johnson completely stops for investigation and safety of patients.

One of America's largest and oldest corporations, Johnson & Johnson, a medical care and device company, recently joined the cause to create its experimental vaccine for the global pandemic, COVID-19. This vaccine is intended to fight against the deadly respiratory and airborne virus that plagued the world for almost the entire year.

According to CNN, Johnson & Johnson admitted themselves, that there was indeed an illness that showed up on one of the patients who enlisted for the vaccine's trials. The multinational company also calls the study of the COVID-19 vaccine as 'ENSEMBLE.' 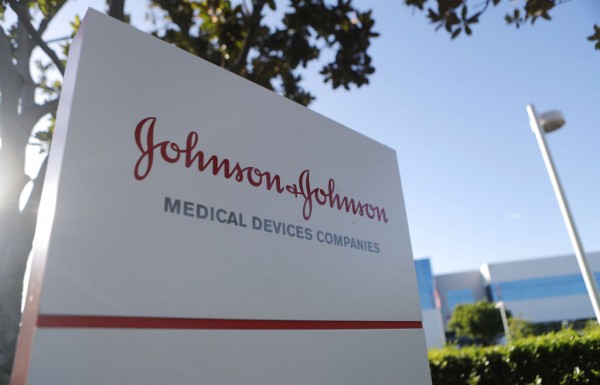 (Photo : (Photo by Mario Tama/Getty Images))
IRVINE, CALIFORNIA - AUGUST 26: A sign is posted at the Johnson & Johnson campus on August 26, 2019 in Irvine, California. A judge has ordered the company to pay $572 million in connection with the opioid crisis in Oklahoma.

The company said that there are illnesses and adverse events to occur in these kinds of studies. Johnson & Johnson argues that this is a normal occurrence in extensive studies, particularly in unknown diseases like the coronavirus.

Johnson & Johnson, together with its clinical arm, Janssen, did not disclose what the illness was, and which the patient contracted the disease. Clinical trials aim to solve the public's problem and focus on finding out the dangerous and unfavorable effects of the vaccines. 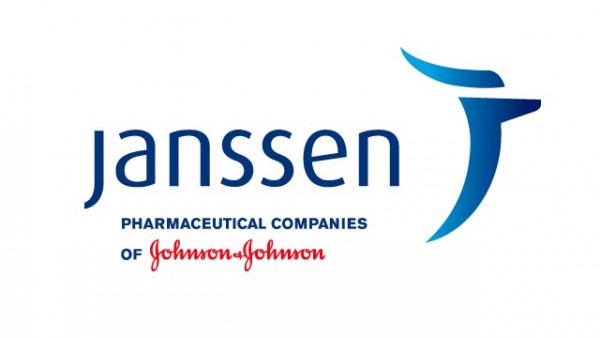 The medical and household name, Johnson & Johnson, recently released a public statement that explains the situation and the company's move regarding the problem. The company argues that safety is its number one priority for the patients and its medical professionals who are carrying out the vaccine's testing.

Janssen, the subsidiary concerned for vaccines, shares that Phase 3 ENSEMBLE of the vaccination has its dosing and clinical developments on pause to investigate the unfortunate event. J&J's Data Safety Monitoring Board (DSMB), along with its internal clinical and safety physicians, are on top of the problem already.

Despite the prespecified guidelines of Janssen and Johnson & Johnson, an "unexpected illness" still manifested among its patients. The company did not reveal the illness present because it argues that they are also on the verge of identifying it. 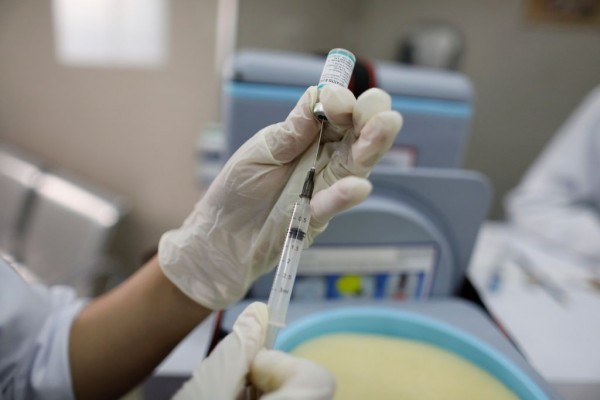 (Photo : (Photo by Leonardo Fernandez Viloria/Getty Images))
CARACAS, VENEZUELA - MARCH 14: A nurse prepares a vaccine during a national campaign of vaccination implemented by the government after having decreed a state of health emergency at CDI Dr. Alcides Rodriguez on March 14, 2020 in Caracas, Venezuela. Delcy Rodriguez, Vice President of Venezuela, confirmed on Friday 13th the first two cases of COVID-19. President Nicolas Maduro had decreed a state of emergency in the health sector, suspended all flights from Europe and Colombia and mass public gatherings are banned. There is international concern about the management of the COVID-19 epidemic in Venezuela due to its collapsed health system.

The American multinational corporation claims that it observed a "study pause" instead of a "regulatory hold" upon learning the disease that plagued the Phase 3 ENSEMBLE of the company. The significant distinction between the two words shows the company's hands in moments of crisis.

If the study sponsors halts or pauses the company's testing and trials, this needs to be referred to as a study pause. Johnson & Johnson aims to say that the company is responsible and aware of its patient's needs and safety; however, it does not necessarily mean that public information is a requirement.

On the other hand, regulatory hold comes from a board or health authority's jurisdiction, particularly, the United States' Food and Drug Administration or the FDA. This type of hold needs to be disclosed to the public and made known.