Zoom can soon enjoy secured video calling with end-to-end encryption as well as third-party apps added on the platform.

During its annual conference Zoomtopia, the video-conferencing company announced that it would soon partner with first and third-party apps called Zapps and equipped developers with tools to enhance the experience throughout Zoom calls. These will be key upgrades to the platform to further expand its functionality. 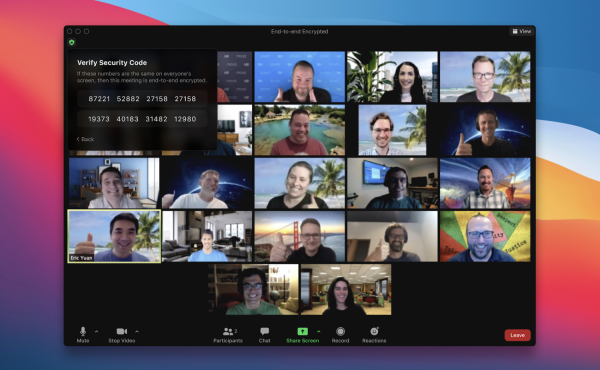 At least 25 launch partners will help build the platform's Zapps, so users can simplify the process, access document, and collaborate on screen and help enhance the productivity of company operations. Users no longer need to minimize the screen during a Zoom call to access a DropBox file or add a task in Asana.

"Zapps give access to best-of-breed applications throughout your Zoom meeting workflow, to be more efficient and effective before, during and after your virtual meetings," Zoom Integrations Lead Ross Mayfield wrote in a blog post. 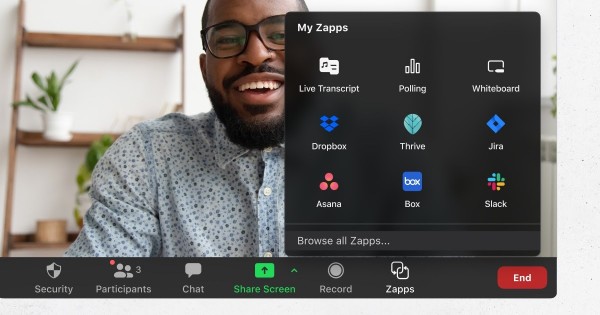 By adding these native apps to the platform, Zoom hopes answer the challenges experienced by its clients because of high volume of services they set out.

End-to-end encryption on all Zoom calls

During the Zoomtopia, Zoom also rolled out its plans to end-to-end encryption (E2EE) to heighten the security of all users and calls and fulfill its promise to bolster security back in April.

The company faced a backlash when it earlier announced that E2EE would only be provided for paid accounts. Now, the company will begin a technical preview for the security feature, which can be toggled on or off in the account settings for each meeting.

The company noted that E2EE ensures that all Zoom meetings are encrypted through cryptographic keys, which are unique to the devices of participants. Also, E2EE does not provide access to the meeting's private keys to any third party, including Zoom itself.

Meanwhile, Zoom Security Engineering head Max Krohn wrote in his blog that the company will roll out the Phase 2 of its security enhancements by 2021, which would include E2EE SSO integration and a better identity management.

Back in April, Tech Times reported about security and privacy issues in Zoom as the app started to become popular among working from home employees amid the COVID-19 pandemic. Zoom CEO Eric Yuan apologized for the stress caused to users and vowed to fix these issues within 90 days after scrutiny from the public, private, and government institutions.

However, Cybersecurity firm Sixgill discovered 352 Zoom accounts, which were shared in the dark web that included personal information, passwords, and other vital user details. Affected accounts include premium users who were paying for their costly service plans such as small businesses, educational institutions, and even major health care providers in the U.S.

The Dark Web requires a special browser to access websites, forums, and other destinations on the Internet where some illegal transactions happen. Security experts also noted how employers can use Zoom to spy on their employees who work at home. Moreover, the app was found to be sharing user information to LinkedIn and Facebook.

Zoom added a two-factor authentication before logging-in in September to prevent "Zoombombing" activities. This will require those who want to join a call or are logging in to their account to provide another identification factor.

According to Tech Radar, aside from the standard password or pin number, users need to input either a mobile device or smart card number, or use biometrics like voice or fingerprint activation to log in. Meanwhile, users can choose authentication apps supporting Time-Based One-Time Password (TOTP) protocol such as FreeOTP as well as Google or Microsoft Authenticator. Zoom users may also send a code via phone call or SMS.