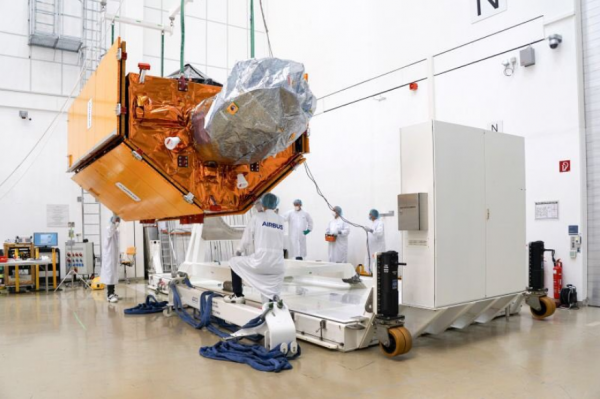 (Photo : Screenshot from Twitter post of @HokeDirk)
Elon Musk Will Launch New Advance Satellite by November; It Can Measure Even the Smallest Changes in Sea Levels

California, here we come!#Airbus space engineers are preparing the European ocean satellite "#Copernicus #Sentinel-6 Michael Freilich" for its journey to Vandenberg. Next week, the satellite will leave from Munich Airport to the US. Launch: November, 10!@AirbusSpace @ESA_EO pic.twitter.com/udzqstoYWO — Dirk Hoke (@HokeDirk) September 16, 2020

NASA plans to send it to outer space on Nov. 10, blasting off from Vandenberg Air Force Base in California. The European Space Agency will provide additional information on Friday, Oct. 16, at 4 p.m. in Paris.

Business Insider explained that the satellite can detect changes from 830 miles above Earth. It will also update maps of oceans every ten days to show researchers and scientists how much rising sea levels are eroding the coastlines.

How powerful is the news satellite

Bloomberg first reported that the new satellite is powered by new high-tech digital altimeters that can bounce electromagnetic pulses off the planet's surface. The National Aeronautics and Space Administration, together with the European Space Agency, developed the new satellite. 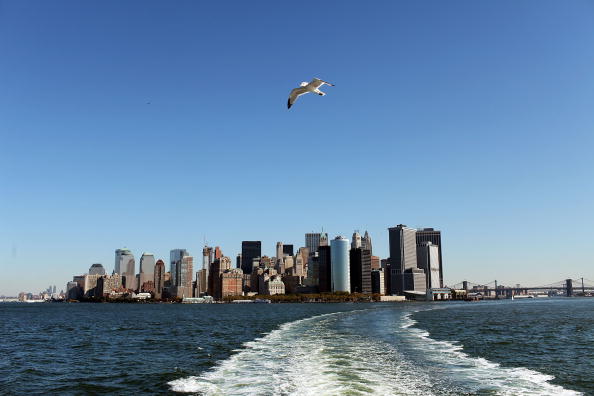 (Photo : Photo by Spencer Platt/Getty Images)
The New York City skyline is viewed October 19, 2009 in New York City. A new report by the Organization for Economic Cooperation and Development (OECP) finds that rising sea levels due to global warming threatens some of the world�s major cities. According to the report, seas are rising twice as fast as recently projected threatening such sea level cities as New York, Miami, London, Tokyo, Mumbai and Amsterdam. World leaders are scheduled to meet in Copenhagen, Denmark in December for the UN-sponsored climate-change conference where issues such as rising sea levels are to be discussed.

"Measurements of global and regional sea level have become a valuable tool for decision makers to assess one of the most compelling impacts of climate change and how to prepare for flooding of coastal areas," said Paul Counet, EUMETSAT's strategy chief, via Bloomberg.

The National Aeronautics and Space Administration (NASA) will work with SpaceX under a contract to launch the new satellite into an orbit 1,336 kilometers above Earth. The company's official website stated that it already re-flown 39 rockets from 93 total launches currently.

Now, it is planning to use the reusable first stage of the Falcon 9 rocket, which is expected to send off the Sentinel-6 Michael Freilich satellite and return to the original site at Vandenberg.

ⓒ 2021 TECHTIMES.com All rights reserved. Do not reproduce without permission.
Tags: NASA SAtellite
Most Popular