Tesla has now officially launched the upcoming Model 3 2021 Refresh in its website. Compared to the original model, the 2021 Model 3 offers more range, advanced performance, and other exciting features. Here's what we've got so far.

A new surprising update about Tesla's 2021 Model 3 Refresh was recenty spotted by Teslarati in the company's official website.

Most of the features of the new model focuses on the speed, and long-lasting power of its battery. For example, the most advanced update we've seen so far on the page is the whopping additional 31 miles per charge in its Long Range Dual Motor AWD variant, which was used to be 322 miles, now has EPA rating of 353 miles per charge.

Meanwhile, the Standard Range variant of the model now has 263 miles per charge, compared to 250 miles range. 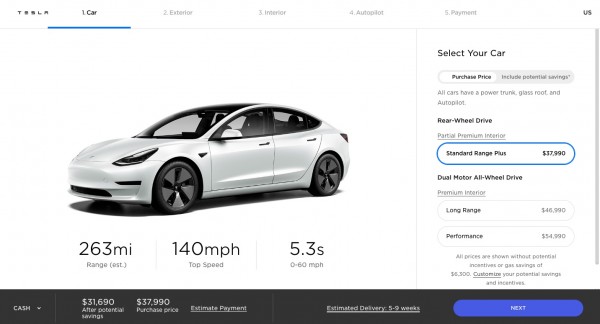 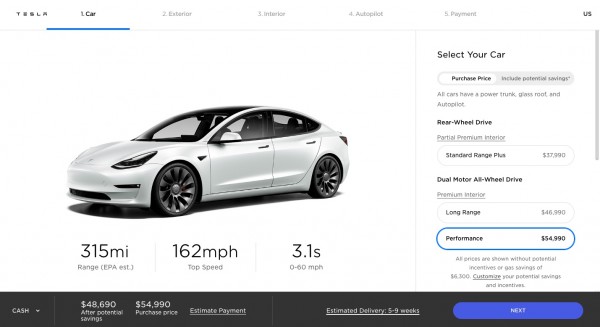 Electrek reported that Tesla equipped their new Tesla Model 3 with an "efficiency package," resulting for the model's faster and longer range for the vehicles.

When it comes to their performance, both of the Model 3 Long Range variants have received improvements with the latest update. For example, the former 4.4 seconds for 0-60 mph of the model, can now reach location in a shorter time of 4.2-seconds.

Just like the same with the Model 3 performance that can now reach 60 mph in just 3.1 seconds, from 3.2-seconds.

Other features you should know 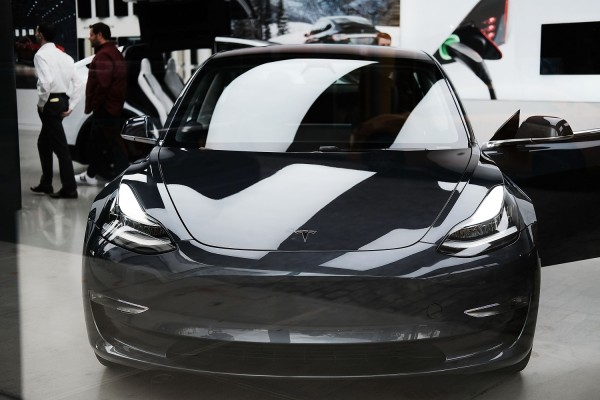 Tech Times previously reported the new wheels of the upcoming Tesla Model 3 refresh. And we've also seen that on the company's new update.

Both the original 18" Aero Wheels and the 19" Sports Wheels have their new designs, that are very similar with the spotted vehicles that were seen leaving the Fremont Factory.

Though there's a lot of changes from the original Tesla sedan model, the prices of the Tesla Model 3 refresh are still similar with the current prices.