Tesla was reportedly doing a 2021 Model 3 refresh. A new wheel model and several new features are included in the electric vehicle's remodeling. 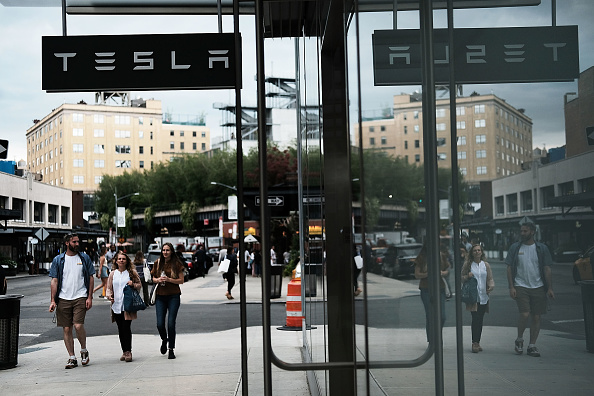 (Photo : Photo by Spencer Platt/Getty Images)
People walk by a Tesla showroom in the Meatpacking district in Manhattan on June 6, 2018 in New York City. Tesla stock had its best day since November 2015 on Wednesday rising more than 9.5 percent after the company revealed it is nearing its Model 3 weekly production rate. Also, in a vote shareholders backed Elon Musk as chairman and CEO.

The company's project might seem strange since Tesla hasn't released any confirmations of the new features, although it already began shipping out the new cars from the Fremont factory. Electrek's latest report said that new Model 3s were spotted being shipped out of the factory, and they already have different wheels.

The images include truckloads of new 2021 Model 3 cars, equipped with brand new wheel design never seen before, near Tesla's Fremont factory. The tires are similar to the company's 19" Sport Wheels for Mode 3.

The new tire still has some slight differences from its old version. Although the spokes or wire rods are the same, the new model features a larger rim, which meets the spoke flat.

The new design is expected to have a more aerodynamic feature for more efficiency since it leaves a lot less open space in the tire.

Tesla's Model 3 refresh started when the company updated the electric vehicle's frunk and submitted an application to manufacture it with a "chrome delete" in China. According to Electrek's previous report, the U.S.-manufactured Model 3 also includes a chrome delete to the exterior rims. 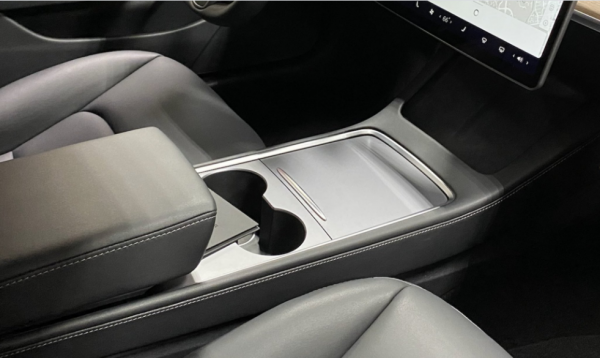 Too funny, it seems the new Tesla Model 3 center console concept (?) is about as polarizing as the CyberTruck was.....guess we'll see how people evolve as it starts to show up in the cars one day. pic.twitter.com/a4SJ2oDh2x — Electric Motoring w/Dave Clark (@Thunder7ga) October 10, 2020

On the other hand, the car's interior received a significant update with new upholstery, which appears to be slightly darker material. According to Auto Evolution's previous report, Model 3 also gets a new center console, which no longer has the glossy piano black finish.

Compared to the previous version, which is made of three different sections, the new console looks like two pieces with the top area, which the owner can use to charge their smartphones. As on the moments, these are the only confirmed changes yet.