A survey found that playing video games has positive effects on the mental health of gamers amid the coronavirus pandemic.

The survey was conducted on September 22 by WePC, website that sells gaming rig and accessories, among 524 people across the United States in aim to establish how their mental health may have affected by gaming. 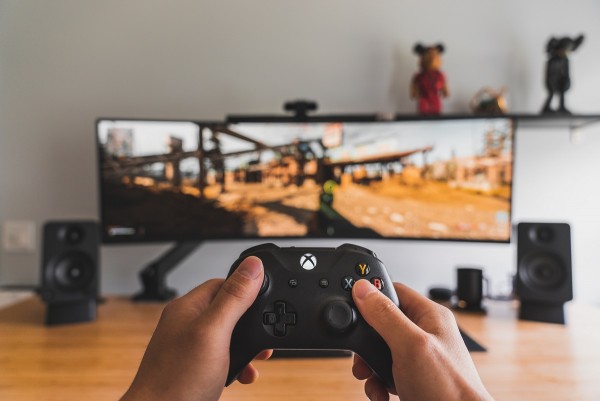 After all, there have been a lot of negative connotations on video gaming, which is said to cause anti-social behaviour and poor mental health. However, as world endured months of lockdown amid the coronavirus health crisis, gaming across seemed to have attracted millions of new players.

As most people across the world have been locked up in their homes throughout the second quarter of 2020, the gaming industry demand have beaten the records across all platforms. People, even those who are not into gaming, have lurked themselves into the gaming world with a total of 2.7 billion games downloaded worldwide with the use of mobile apps reaching an all-time high as people endure lockdown measures in different nations.

About 64% of respondents are casual gamers who spend 1 to 10 hours per week on playing games, which is far greater than hardcore gamers who represent only 8% while almost half of them are aged 18 to 29. Hardcores play 31 hours or more per week.

Casual gamers mostly play on mobile gadgets such as smartphones, gaming consoles, or computers. This correlates to the rise on mobile phone gamers in the U.S. with 203 million or 10% of the 2.2 billion mobile games worldwide.

Impact of gaming on mental health

However, unlike the 63% of respondents in a study on Casual Gaming back in 2018 who said they play to kill time, the recent WePC survey showed that 75% of respondents play games to preserve their mental health: 46% of them play games for distraction while 29.2% play to remain mentally active. 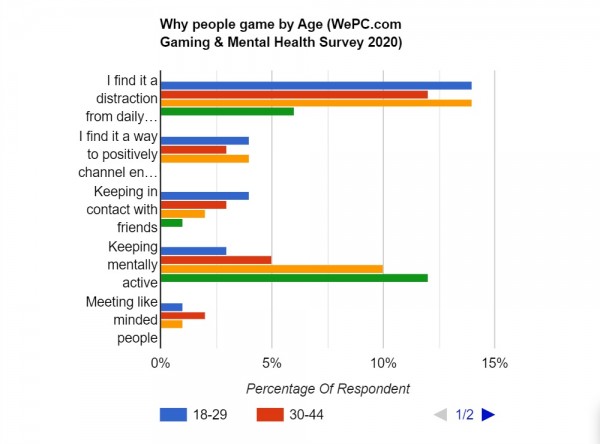 Meanwhile, among the older generation, 64% of those aged more than 60 play games to remain active with solitaire topping the list of their favorite games. Majority of them spent one to 10 hours playing on desktop while only 39% playing mobile games.

These are executive functions that can be improved by playing first-person shooting games. Other games can also enhance multi-tasking skills. Meanwhile, attention span and tracking skills can be improved when playing action games while it may also reduce impulsiveness.

This survey hopes to break social stigma on gaming and gamers as a whole. It contradicts negative perceptions on gaming, particularly that pertaining to mental health. However, in reality, gaming only raises concerns when done excessively, which may even lead to addiction.

ⓒ 2021 TECHTIMES.com All rights reserved. Do not reproduce without permission.
Tags: Impact of gaming on mental health Video gaming COVID-19 impact on gaming
Most Popular