Elon Musk commends Tesla's team for doing a great job based on the recent filing of the company's quarterly report, particularly on its capital expenditures (CAPEX). Tesla's CAPEX receive praises from fans and enthusiasts, portraying its plans for the future years, 2021 and 2022, along with the investments it has for this year. 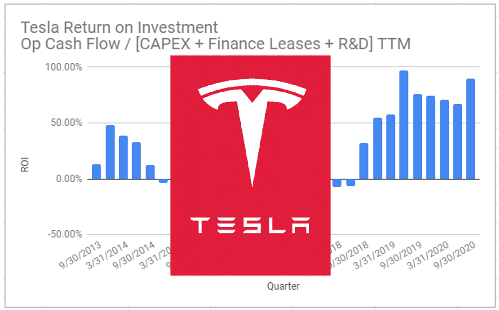 One of the world's most preferred electric vehicle manufacturers and clean energy companies, Tesla, recently filed its quarterly report in late September and reflecting on its website yesterday, October 26. The Security and Exchanges Commission (SEC) report of the United States shows the company's CAPEX for the future years.

According to Accounting Coach, Capital Expenditures, or CAPEX, are the money spent by organizations or companies for future uses, allotment, or significant long term investments. CAPEX is somewhat investments or budgeting for its operations such as Research and Development (R & D), Financial Leases, Factories, etc.

Maintaining CAPEXs are usually hard for corporations and usually results in significant losses when mishandled or improperly reviewed by the company. Elon Musk's Tesla and its team received praises from fans who reviewed the company's recent SEC filing, which reflected the 2021 and 2022 expenditures that focus mostly on new projects from the clean energy company.

Praises from bosses are hard to come by, especially on social media, when executives mostly talk about the company's growth and ventures, along with personal achievements. However, Elon Musk differs from them by being open on a handful of aspects, especially its team, that works hard to elevate the company.

Twitter user and financial vlogger, HyperChange (@HyperChangeTV), recently posted a vlog on his YouTube channel, which talked about how Tesla's CAPEX is five times more efficient now compared to three years ago. The content creator shared his video on Twitter, tagging Elon Musk, and saying that it is too good to be true.

Elon Musk (@elonmusk) engaged the influencer in a conversation by admitting that its CAPEX in 2017 was "trash" compared to the present. This led to HyperCharge praising the current CAPEX of the company, including its expenditures for 2021 and 2022.


Tesla's chief then turned to praise the company and the "team" of Tesla, who worked hard to achieve a more efficient system, CAPEX-wise.

Tesla's CAPEX: How Much Did it Improve?

According to Tesla's 10Q Filing on the SEC, the company will soon spend a massive amount of $4.5 billion to $6 billion for vehicle production, factory enhancements, and a new battery production line for the 4680 power cell. These are some of Tesla's capital expenditures reflected on its website for the fiscal years of 2021 and 2022.

Tesla's CAPEX is regarded as "insane" and "world-class" by its fans, primarily referring to the soon innovations that will make its way to the public by 2021 and 2022.