'Among Us' Common Lingo, Phrases You Should Know to Avoid Being 'Sus'

InnerSloth's "Among Us" is one of the most unexpected popular mobile games of 2020. Sensor Tower reported on Monday, Oct. 26, the game has reached the top of the mobile game downloads for global charts in September. It has been downloaded for exactly 83.8 million worldwide, with Americans leading the percentage with 23%.

If you haven't played it yet, it's better to know the basic lingo of the game, before trying it out. After all, no one wants to be the "sus" during every takeoff. 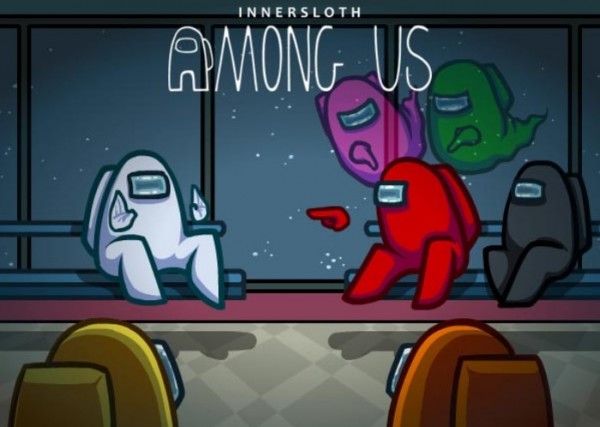 (Photo : InnerSloth Official Website )
'Among Us': Common Lingo/ Phrases You Should Know to Avoid Being 'Sus'

There are a lot of lingos and phrases used by every players in "Among Us."

Whether you're a hardworking crewmate, or a scary crewmate-killer impostor, you should know the basic terms used on the game.

Technically, this can help you to avoid being caught by expert crewmates that knows every room, tasks, and patterns of the murder game.

Here are some of the terms, or phrases, commonly-used by "Among Us" players:

AFK is one of the most common gaming lingo, not just used on "Among Us." It means "away from keyboard."

Once a player says he is AFK, it means he has walked away from the device for many possible reasons. Either internet connection, or glitch on the game.

Though it's commonly used, a lot of "Among Us" players also use this terminology to create a confusion, avoid blame for killing, or just irritate other gamers.

Related Article: 'Among Us' AOC's Marinating: What is It and How to 'Marinate' When Playing as Impostor?

(Photo : InnerSloth Official Website )
'Among Us': Common Lingo/ Phrases You Should Know to Avoid Being 'Sus'

Elec, short for Electricity, is may be a common word that anyone could figure out. But once you don't know it, other players may think you're suspicious.

This is a part of the Skeld map wherein most killings are made, especially once the lights are off. It is near a vent, and kind of far away from other rooms in the map.

Yup, the word Cyan is part of the list. Surprisingly, a lot of players on the game don't know the meaning of the word 'Cyan.'

Cyan is a combination of green and blue color. Or most commonly, a simple light blue color. Remember: If you see Cyan killed a crewmate, better tell your co-crewmates, as quickly as possible. "Cyan is an impostor!"

Another gaming term is the word "GG," short for "good game." Some also uses this word to tell the impostor he has done a great job on keeping up his disguise.

"Sus," is short for suspicious, is the main phrase you should know on the game. Once you felt that another crewmate is quite suspicious, it's better to tell your co-crewmates that he is "sus."

However, this doesn't mean, the player is already the impostor. Few impostors in "Among Us" may even call out names, just to avoid suspicion from other crewmates.

Also Read: How to Get 'Among Us' Halloween Costume This 2020: DIY and Where to Buy

This article is owned by Tech Times
Written by Jamie Pancho

ⓒ 2021 TECHTIMES.com All rights reserved. Do not reproduce without permission.
Tags: Among Us sus AFK Innersloth lingo GG
Most Popular