"Phasmophobia" is a ghost hunting game, which can be played with up to four friends or strangers taking "Paranormal State" or "Ghosthunters" shows literally. The game was released for early access on September 18 by Kinetic Games on Steam for $15 CAD.

With all the screaming and heart-thumping scenes, it easily got about 45,000 overwhelmingly positive reviews from players who enjoyed the game. However, another trend going on is playing solo "Phasmophobia." Check out this guide on playing solo. 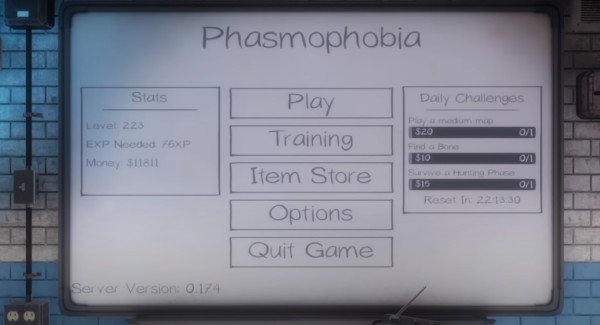 While playing with friends can be enjoyable, doing it solo can be more fun and more intense. Without the noise from other players, you can actually take a more meticulous approach on tackling ghosts. Check out some rules in tracking ghosts alone.

1. Don't talk
Without the other players, the Ghost may only act rarely, especially when you do not talk. When you want to see the Ghost, go near the Ghost Room and ask "Are You Here" and "Where Are You," which lowers the risk of a hunt and provides best results.

2. Move away from the Ghost Room
When exploring the building, always look for a hiding place, as you only have one life in the game. Since The Ghost is likely to come from the Ghost Room or nearby, it is better to try avoiding it instead.

3. Wear headphones
As earlier mentioned, solo players are not advised to talk. Instead, they are advised to listen to the sound to catch the Ghost. This will allow you to find more clues and Ghosts quickly. 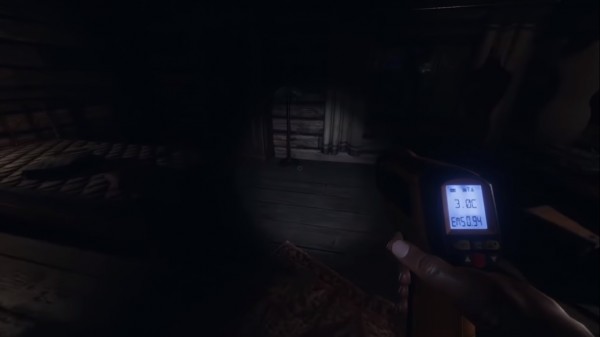 Read also: 'Phasmophobia' Tips: How to Make Money, Get Photo Rewards and Insurance

These maps can be covered for solo game play, except the Asylum. Check out how to succeed against the Ghost alone:

It is advised to immediately find the car key as the car is super annoying. If the Ghost is in the garage, it will spawn to the front door.

The Ghost spawns on two uncommon areas: the hallways downstairs and upstairs. These are hard to screen with Crucifixes, which makes it hard to locate the Ghost. You will not realize making a mistake until the lights began flickering.

Like the Edgefield Street House, you have to look for the key as soon as possible. This is the best choice for making superfast money. It is easy to find Ghosts in the tight quarters while there are no irritating rooms for the Ghost to spawn.

While there are three floors to cover, it is suggested to begin with the right hand side of the house. You must clear the ground floor first while the upper levels will be much easier since you can hear the sounds over and below. Utilize the closets fully when you end up running into the Ghost upstairs.

This is a really fun map. Do a linear movement from the first floor first to the attic. The workroom keys are useful when you need a quick exit if the Ghost is in the hallway of the Kitchen. While there are some open spaces, it is easy to hide in most Ghost Rooms.

Note: You must take a picture of the bloody meat cleaver that lies on the table to get a free photo credit. Again, check The Voodoo Doll, which moves towards the Ghost as it will give you photo credit after finding the Ghost.

This farmhouse is super open, so you must immediately look for the Ghost Room and two hiding spots. One spot should be for running out of the Ghost Room while one is leading to the door during the Hunt. Since the Voodoo Doll moves towards the Ghost, it is the biggest clue to finding the ghost.

This may seems intimidating, but you can use a Parabolic to get a bead on the Ghost or go in through a standard loadout. Use the large hallway lights to indicate the areas you have already cleared while only use the Front Door once as The Front Door hallway is the easiest location to die in Phasmophobia. In this map, the Ghost usually spawns in a room with a phone, door, or sink. Avoid the larger rooms, particularly the Basketball Court where there is nowhere to hide.

Avoid the Asylum since it is not designed for Solo gameplay. It is not worth your time.

Try out playing the game alone and compare if it is more fun to do alone or with company. Follow TechTimes for more information about the "Phasmophobia."

Related article: 'Phasmophobia': Repel the Ghosts Using the Crucifix-Here's How to Use One Efficiently and Effectively!