Scientists found out that an ogre-faced spider, an arachnid without ears, can still hear you. They experimented with monitoring the animal's behavior. 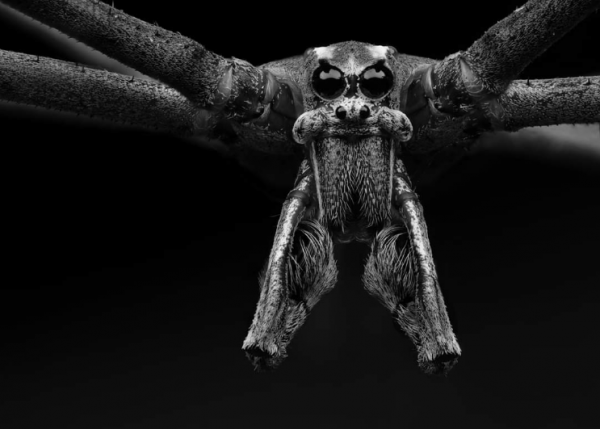 (Photo : Screenshot from Twitter post of @Thsciencevort)
Scientists Claim That Ogre-Faced Spiders Use Their Legs to Hear? They Insert Nanotech in the Arachnid's Brain

Ogre-faced spiders are one of the unique arachnids. It has two large protruding eyes, two super-large fangs, and eight long legs. According to CNN's latest report, the researchers inserted nanotechnology electrodes in the spiders' legs and brains to monitor the animals' response to auditory stimuli.

Ronald Hoy, the study's senior editor and a professor of neurobiology and behavior at Cornell, said that it takes highly skilled prep work and a "watchmaker's hand" to keep the spider alive during the operation.

Ogre-faced spiders use their legs to detect sounds

The study revealed that the unique spiders can detect vibrations and another sound from a distant source using their legs' receptors. They can identify sounds from atleast 6.5 feet from the primary source. 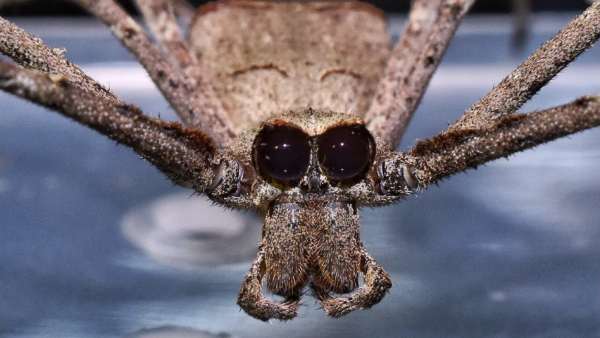 (Photo : Screenshot from Twitter post @iggykoopa666)
Scientists Claim That Ogre-Faced Spiders Use Their Legs to Hear? They Insert Nanotech in the Arachnid's Brain

They are also sensitive to frequencies up to 10 kilohertz. The researchers revealed that the spiders' auditory stimuli allowed them to perform a "backward strike," which is one of their signature hunting techniques.

Science News' reported that the ogre-faced spiders use sound instead of sight to hunt their prey. This unique spider is also known as "Deinopis Spinosa."

They catch other insects by trapping them in their web-net. The spiders weave a rectangular web between their legs and then hangs upside down. Their legs' powerful sensors can detect small insects walking nearby.

Once they identify the prey, they'll trap the creature in their special prey. Even flying insects are not safe since they can still swing backward to cast the web toward the victim.

Its unique technique is one evidence that it uses its hearing ability instead of sight. The study also explained that they could hear an unexpectedly wide range of sounds. Current Biology published the findings on Oct. 29.

"A couple years ago, we didn't really have a great idea that spiders could hear," said Jay Stafstrom, Cornell University's sensory ecologist.

However, when he and his workmates observed the spider species, they found out that they can hear using specialized organs on their legs. Ogre-faced spiders are not the only ones with this ability. Jumping spiders can also hear using their legs, but only to low frequencies.

For more interesting news about other animals or insects, always keep your tabs open here at TechTimes.