Military dogs are scary sometimes because of their aggressive appearances. But, these dogs are now the cutest since the United States Army is now putting augmented reality (AR) goggles on their companions. 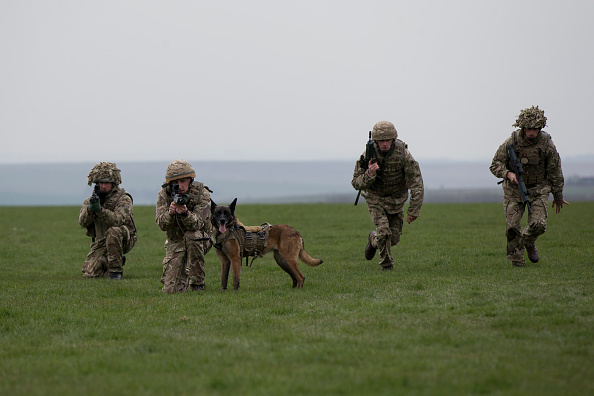 (Photo : Photo by Oli Scarff/Getty Images)
Private Terry Gidzinski (2nd L) and his military working dog Cheyenne put on a display as the Army showcases its future specialist capabilities, under the title of 'Force Troops Command', at Upavon Airfield on March 26, 2014 in Upavon, England. Force Troops Command (FTC) formally launches on April 1, 2014 and is the first major implementation of 'Army 2020'. FTC will deliver specialist, combat and command Support through Regular and Reserve soldiers. By 2015 FTC will be the largest of the Army's formations, made up of nine functional brigades and the Engineer and Logistics Staff Corps, in total representing a third of the whole Force.

These wearable gadgets not only make them adorable, but they also allow their handlers to command them, even when they're far away. The AR devices are specifically designed for the use of the U.S. army's canine members.

Why AR goggles are helpful in military operations

Military dogs are usually sent out to scout areas for explosives. However, in order for the animals' handlers to give accurate commands, they need to be nearby. Without their companions, the human handlers could accidentally set off the hidden bombs in an area since they don't have a dog's sniffing ability. 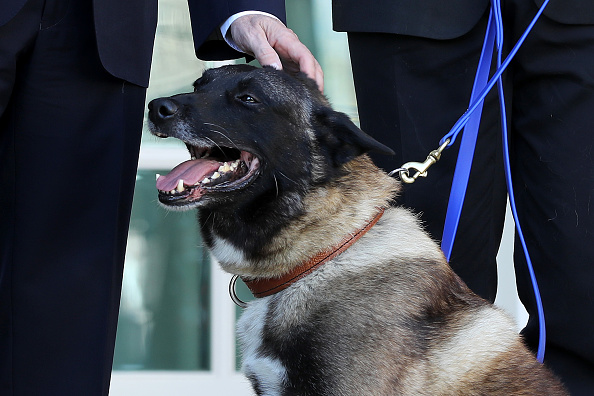 (Photo : Photo by Chip Somodevilla/Getty Images)
U.S. military K9 Conan, the dog that assisted Special Forces soliders in the raid that killed ISIS leader Abu Bakr al-Baghdadi, poses for photographs with U.S. President Donald Trump, Vice President Mike Pence and first lady Melania Trump on the Rose Garden colonnade at the White House November 25, 2019 in Washington, DC. Trump talked about how the dog was a hero and said he presented the animal with a medal and a plaque.

Also Read: [STUDY] Experts Claim Using a Profile Picture Your Cat Has A Higher Chance You Won't Get You A Date

With AR goggles' help, the army members can now issue directional commands from afar and while the dogs are out of sight. These gadgets can also save the dogs during operations since they can now receive clearer orders, even if they're far away.

Command Sight Inc. developed the AR devices as a project for the Army Research Laboratory. The Army's official website explained that the goggles have cameras to allow handlers to see what their dogs are doing.

Their animal companions can also see visuals cues that they could follow, thanks to the new gadgets. Because of wearable gadgets, the Army doesn't need to be nearby to issue hand or spoken commands.