Black Friday's month is here! That means there are plenty of high-end gadgets that are discounted. Many stores are currently offering cheap devices that have huge price differences compared to the original costs. 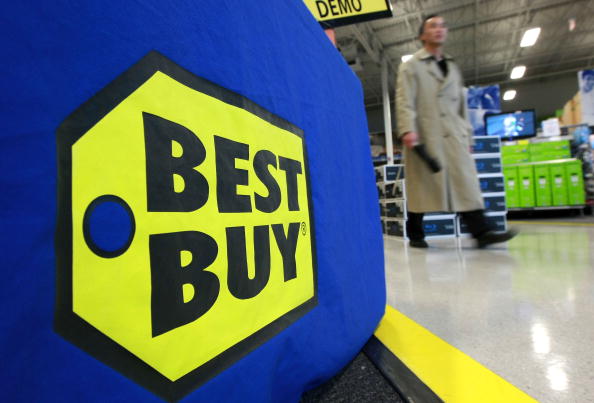 (Photo : Photo by Justin Sullivan/Getty Images)
A Best Buy customer walks by a sign at a Best Buy store December 16, 2008 in San Francisco, California. As consumer spending continues to slump, Best Buy, the nation's largest retailer of consumer electronics, reported that third quarter profits have dropped 77 percent and plans to offer buyouts to nearly 4,000 employees. Their third quarter profit was $52 million, or 13 cents per share down from $228 million, or 53 cents per share one year ago.

Best Buy is one of the well-known e-commerce because of its great deals that everyone will surely have an interest in. If you see a product with $400 off, you might think that your eyes are just deceiving you.

But, you're wrong. Tech Radar reported that these great deals are really offered by Best Buy much earlier than expected. If you're looking for something cheaper, then check the list here for the best offers. 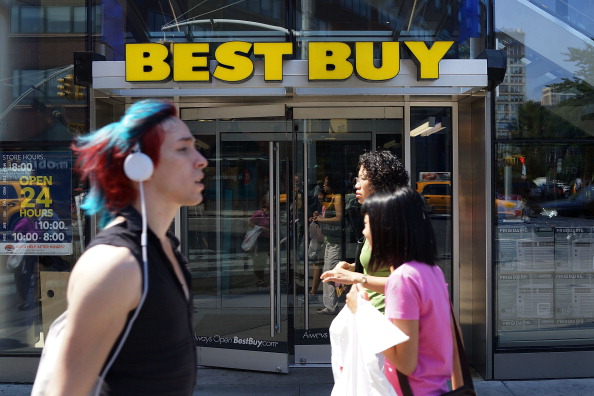 (Photo : Photo by Spencer Platt/Getty Images)
People walk by a Best Buy store on August 20, 2013 in New York City. Best Buy, the electronics and entertainment retailer, eported its second-quarter profit to jump to $266 million, up from $12 million last year. After a period of struggling, Best Buy instituted cost cutting measures while remaking stores to better compete with discounters and online retailers.

Remember, you need to be fast since Best Buy's Black Friday laptop deals are about to end this Sunday, Nov. 8. Here are the best laptops at a low price.

This one only has $70 off, but you can get it for as low as $219. HP Chromebook is a great casual, all-purpose machine that can finish your daily tasks in no time. Although it can't compete with other ultrabooks, it still packs excellent features. These include 32GB of eMMC, 4GB of RAM, and an Intel Celeron processor.

Best Buy is currently offering the high-end Samsung Galaxy Book Ion 13.3-inch. It just removed $200 from its original price, which means you can buy it for only $999. This laptop features Intel Core i7-10510U, an Expansive 512GB SSD, 8GB of RAM, and Samsung's QLED display technology.

If you find HP Spectre x360 still expensive, then you should check Best Buy's Asus Zenbook 14-inch laptop. This one is a great alternative for HP Spectre, which also allows you to save money. Why? Because it only costs $599, thanks to its $100 discount. This powerful, thin gadget features a 256GB SSD, 8GB of RAM, and an  AMD Ryzen 4500U.