Dinosaurs lived millions of years ago and have been extinct for hundreds of millions of years. Recovering its brains is one great challenge for science and technology. There's no chance anything would stay within the cranium of a 233-million-year-old dinosaur, but on the off chance that life finds a way, so does science.

However, the Federal University of Santa Maria's paleontologist Dr. Rodrigo Muller made a remarkable discovery that unveils the evolution of the biggest land animals that ever lived.

Researchers have revealed the first total brain of a dinosaur. Weighing less than a pea, it had a place to a meat-eater that strolled the Soil 233 million years prior. Named "Buriolestes schultzi," it is a precursor of the long-necked sauropods — the most colossal of them all.

Read Also: Xbox Kinect is Microsoft's Key to New Consoles: What Will Happen If You Play Kinect Games in Series X and S?

According to Syfy Wire, Dr. Muller placed the perfectly preserved skull into the Computed Tomography (CT) Scan to get the internal cranial cavities structure. Using a CT Scan, they could access unreachable parts of the dinosaur skull filling all gaps. Afterward, they were able to get a 3D representation of the endocast. 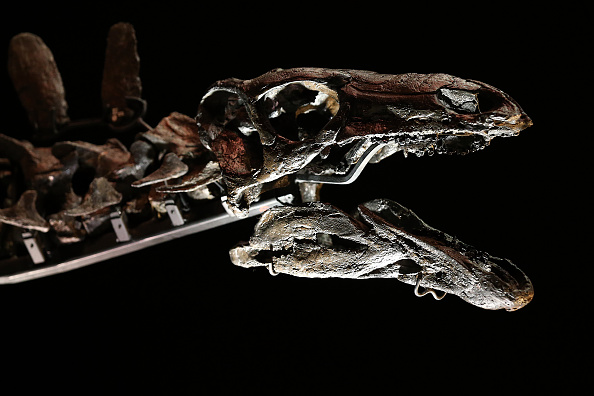 (Photo : Photo by Carl Court/Getty Images)
A view of the world's most complete Stegosaurus fossil as it is unveiled at a press preview at the Natural History Museum on December 3, 2014 in London, England. The skeleton is 560 centimetres long, 290 centimetres tall, has over 300 bones and is the first complete dinosaur specimen to go on display at the Natural History Museum in nearly 100 years.

Researchers also mapped the cerebellum that controls coordination, posture, balance, and optical lobe, the visual processing cent. Their research also shows the tract responsible for smell, the olfactory bulb, and the cerebrum that conveys intelligence and consciousness.

Muller explains that they need the braincases properly preserved, which contains sensitive tissues. Intact braincases from the most seasoned dinosaurs around the world were obscure. It has helped open the insider facts of its way of life.

Buriolestes are bizarre carnivore animals measured about four feet from head to tail. The creature had a long neck, razor-sharp teeth, and three long claws on its four appendages. It can run with its two legs.

The remains of the dinosaur were dug out in 2015 during the exploration of the rainforests of southern Brazil led by Dr. Muller himself as Study Finds stated in an article. 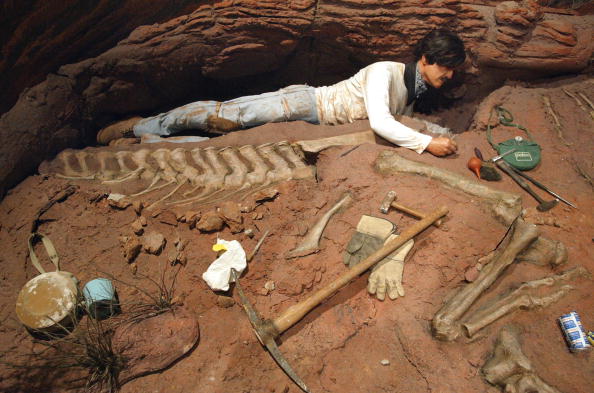 (Photo : Photo by Tim Boyle/Getty Images)
A paleontologist digs for dinosaur bones in this life-size model of the "Tiniest Giants: Discovering Dinosaur Eggs" exhibit March 12, 2002 at Chicagos Field Museum. The exhibit comes from the 1997 discovery in southern Argentina of the largest nesting site of dinosaur eggs ever found. More than a mile square, the site held tens of thousands of eggs, some containing fossilized embryos so well preserved the scientists could see patterns of reptilian scales in their skin. "Tiniest Giants: Discovering Dinosaur Eggs" was developed by the Natural History Museum of Los Angeles County and the Carmen Funes Museum of Argentina. The exhibit is open at the Field Museum through September 2, 2002.

This kind of dinosaur existed during the Triassic period when South America was still part of Pangea's super-continent. Even if it was a carnivore or meat-eater, it is also known as one of the youngest members of the plant-eating sauropods that can weigh up to 100 tons and a length of 110 feet long from head to tail.

Related Article: Researchers Put a Bacterium Outside of the ISS and Found That it Survived an Entire Year In Space