'Assassin's Creed: Valhalla' Beginner's Guide: How to Use Atlas, Strategy Tips, and More

Ubisoft's newest addition to the "Assassin's Creed" franchise, "Valhalla," is set to come out this November 10, with many fans excited to go back to the world of the famed franchise and experience exhilarating combats.

"Assassin's Creed: Valhalla" centers around Eivorr and their Viking journey. 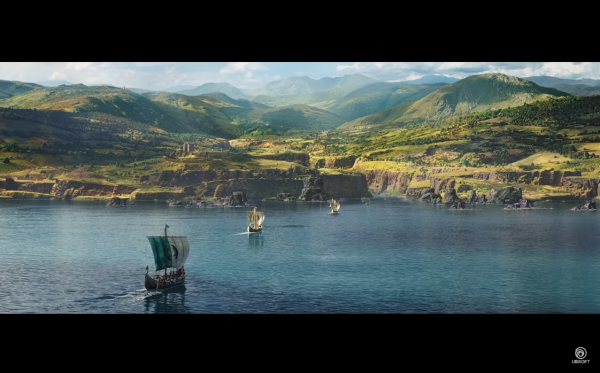 If you've got the game in your hands or are waiting for it in the mail, better learn as much as you can for smoother gameplay from the get-go. Here are some game tips for beginners who want to tackle Northern Europe.

You can get resources anywhere you go. These resources are essential since the game isn't loot-heavy, so you'll have to rely on these resources to upgrade existing armors and weapons to increase their stats the number of rune slots available.

According to GamePressure, Ubisoft made sure each gear can be modified.

You can use Eivor's assassin's vision to scan areas for available resources as well as use your crow to check for resource deposits.

One big part of "Assassin's Creed: Valhalla" is the settlement of Ravensthorpe that you will establish earlier in the game. It's located right in the heart of England and is practically home for the Vikings. Giving time on upgrading the settlement will make it bigger, plus it can benefit Eivor as it can unlock some stat increases and upgrades.

"Valhalla" has more violent combats and battles, so expect more gore and blood. Plus, the game has a wider variety of opponents you will encounter. With that, you can experiment with the types of weapons you use against different enemies. You may even ditch weapons altogether and use brute force to defeat them. Find the perfect combination of weapons you can use for unique movesets you feel could defeat enemies more efficiently.

There are also shields in the game, and you'll want to use that if Eivor is facing a more formidable opponent. Shields will increase your defense, making you last longer in battle.

The Atlas will help you go back and forth Norway and England, meaning it will only become available around four hours into the game when you reach England and establish Ravensthorpe, as per Eurogamer.

To use the Atlas, open the map screen, then press the Y button on Xbox or the triangle button on PlayStation. Then choose which region you want to go to. However, you won't be able to access the map screen during missions. 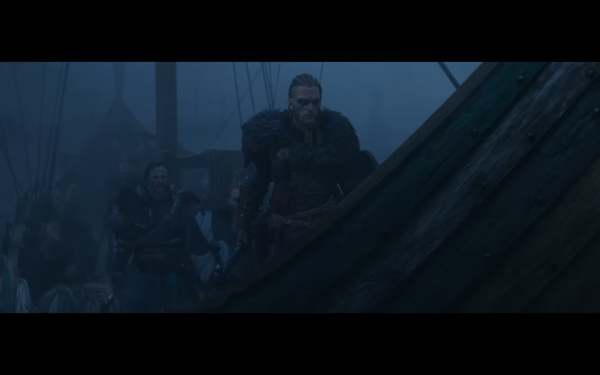 (Photo : Screengrab from Ubisoft North America)
"Assassin's Creed: Valhalla" revolves around the Viking Eivor and their journey from Norway to England.

Be Careful of Where You Venture

When exploring the open world of "Assassin's Creed: Valhalla," you always need to check your power level and try staying in areas that match your level or is below it. Venturing out of these areas will make the battle harder, and you may not come out alive. However, if you find yourself in unfriendly areas, GameSpot recommended putting on your cloak to blend in with the crowd.

Carefully Choose Which Skills to Invest In

Although you can reset your skill points to change your character's build, it's still best to carefully choose which skills are worth investing in.

The majority of these skills are passive, but there are a few notable skills you'll want to consider, such as the Assassination Skill Tree, which, according to Fanbyte, allows you to take down two enemies simultaneously with an assassination attack. There's also an execution attack that will enable Eivor to stomp the enemy heads in the red Melee Skill Tree.

Check out every skill tree available, so you have a better idea of which skills to invest in.

One great thing about "Assassin's Creed: Valhalla" is that you can completely customize the game's difficulty. Instead of the usual Easy, Normal, or Hard settings, you can customize various categories, such as stealth and combat, based on your own comfort.

Get Those Books of Knowledge

Whenever you see a Book of Knowledge, don't hesitate to grab them. These tomes will grant Eivor with new abilities that will help in your gameplay. At one time, you can slot four ranged and four melee attacks.

Build the Hidden Ones Bureau

Whenever possible, build the bureau of the Hidden Ones. This is where Assassins Basim and Haytham will stay and can help you unlock new abilities, such as the Eagle Dive.

Explore Every Nook and Cranny

The best thing about open-world games is that adventures await at every corner, even in areas that aren't marked on the map. There are tons of side quests you can try where you can earn a unique ability, or face a special boss, or even trigger some kind of event. When you have the time, choose the path less taken and enjoy!