Devoted to motivating the "Batman" universe, this first joint release pays tribute to one of the most famous cars in superhero book history: The Batmobile. Choosing the flawless model from the 1989 Batman motion picture directed by Tim Burton, Kross Studio produced the first-of-its-kind desk clock.

According to Gizmodo, the Batmobile desk clock is not just any ordinary clock that you can find in Walmart or any home stores because it costs a fortune of $29,9000.

But is this accessory worth this kind of price for a desk clock?

Read Also: Fact Check: Apple MacBooks with New M1 Chips are NOT Faster Than 98 Percent of Other PC Laptops in the Market!

Made by Kross Studio a year late for the thirtieth commemoration of Tim Burton’s first-ever Batman film, the desk clock exchanges most of the Batmobile’s most famous features like pop-up weapons and a turbine motor for an analog clock —revealed through a window within the hood—assembled from 397 little components, as HypeBeast stated in an article. 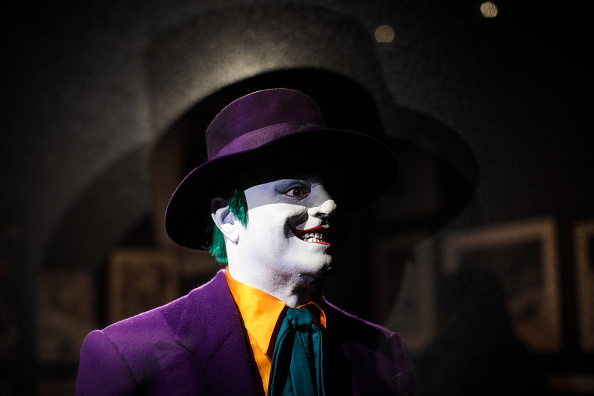 (Photo : Photo by Jack Taylor/Getty Images)
A Joker costume from the 1989 Batman film worn by Jack Nicholson and designed by Rob Ringwood is on display at the DC Comics Exhibition: Dawn Of Super Heroes at the O2 Arena on February 22, 2018 in London, England. The exhibition, which opens on February 23rd, features 45 original costumes, models and props used in DC Comics productions including the Batman, Wonder Woman and Superman films.

Kross Studio focuses on that conventional mechanical development that features around 130 parts. Still, this instrument had to be custom-designed to fit completely inside the vehicle, showing a vertically mounted regulator in the front ticking for 21,600 beats each hour.

It contains a manual-winding mechanical movement, with hours and minutes shown by two cylinders—vertical and controller. The craftsmanship and fabrication of the Kross Studio 1989 Batmobile Desk Clock look to outperform the conventional and provide a modern standard of brilliance. 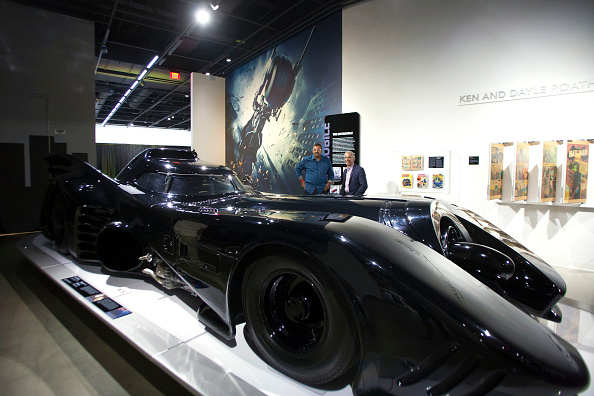 (Photo : Photo by Angela Papuga/Getty Images)
Harald Belker (L) and Scott Mantz speak by the Batmobile during the opening of the new exhibit "Hollywood Dream Machines: Vehicles Of Science Fiction And Fantasy" at Petersen Automotive Museum on May 04, 2019 in Los Angeles, California.

The car clock's body is made from an aluminum composite and finished with the iconic matte black color of "Batman's" suit. The color coating used offers "aeronautical grade scratch protection, " making the paint scratch resistant and stronger.

What made this Batman Desk clock that expensive?

Since the desk clock model came from the iconic "Batman" movie, it was considered a collector's item. Despite the fact that it was also custom-built with more parts than a regular clock to achieve the Batmobile's unique design.

Also, the materials used such as its components used, down to the manufacturing, assembling, manpower and finishing touches quite cost a lot of investment. That includes the aeronautical scratch-resistant coating that makes the desk clock fancier.

True fans of "Batman" will happily spend a fortune just to have this desk clock that even Bruce Wayne would hesitate to buy for the price.

The Kross Studio 1989 Batmobile desk clock is a genuine collectors’ item for those who value film history and appreciate signified craftsmanship, limited to only 100 numbered pieces and is presently accessible from the Kross Studio website for USD 29,900.

ⓒ 2021 TECHTIMES.com All rights reserved. Do not reproduce without permission.
Tags: Batman Batmobile Desk Clock Worth Price $29 900
Most Popular