Rumors about Apple's new foldable iPhone are now making a fuss on the internet. The tech giant manufacturer is allegedly working on it and could release the new device in 2022, which will replace the iPad Mini. 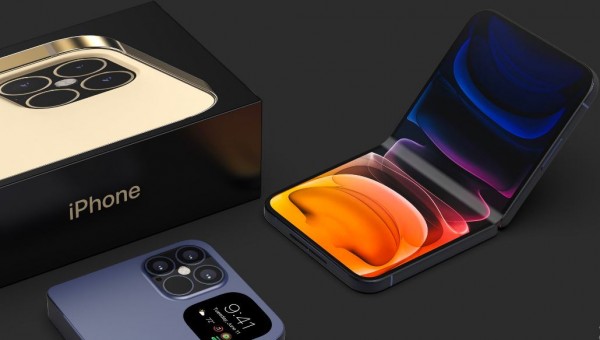 According to Tech Radar's latest report, the foldable iPhone could also have the iPad Mini's screen size, which has a 7.9-inch screen. The leak claimed that the company is planning to sell the new gadget for $1,499 or £1,100 / AU$2,100.

This might be a little pricy, but other foldable devices, such as Samsung Galaxy Z Fold 2, and Motorola Razr, also have the same price.

Foldable iPhone could have a 256GB storage

Apple's foldable iPhone could also come with 256GB of storage as its standard one, which can also be seen on the tech giant's other iPhone flagships. It may also come with 8GB of RAM onboard.

The current leaks haven't provided any other specs aside from these. The rumored device was first spotted by The Verifier, which has around 50% accuracy record.

This means that the product's launch is still subject to change within Apple.

WCCFTech reported that Apple is currently working on its foldable displays. However, the rumored foldable iPhone could still take a few years before it is launched.

It is also not confirmed if the display technology is really for the alleged foldable smartphone. If Apple uses its bendy screen technology on the foldable device, this means that the upcoming iPhone could feature a mini-LED screen.

The tech giant manufacturer could also integrate its previously filed foldable screen with self-healing properties on the foldable iPhone. However, these information are all just rumors.

It is still advisable to wait for further announcements from Apple itself. As of the moment, the company is focusing on its iPhone 3's major camera upgrade. The new features could also be integrated in the upcoming iPhone 14 in 2022.

Not only that, it was also rumored that Touch ID feature could also return in the upcoming iPhone models that Apple will release in the future.

For more news updates about the foldable iPhone and other Apple products, always keep your tabs open here at TechTimes.

Related Article: Apple Now Allows You to Run iOS Apps on Silicon MacBooks, Important Things to Do Before Accessing Them