Apple's iPhone 12 defeats Android top-spec smartphone, Samsung Galaxy S20 Ultra, in benchmark app loading and speed tests in a head-to-head battle hosted by a YouTuber who pitted A14 Bionic Chip against the Snapdragon 865+. The test determines Apple as the underdog while Samsung's smartphone holds the better specs twice the RAM. 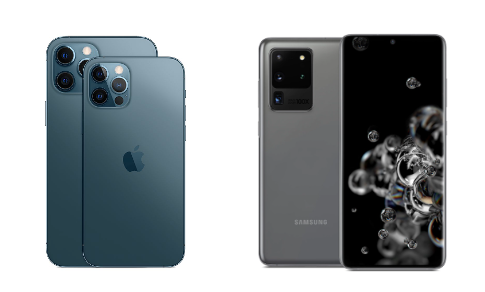 The Cupertino multinational tech giant, Apple, did it again, surpassing Samsung with huge disadvantage specifications and hardware-wise. Apple's A14 Bionic Chip that comes standard with all the iPhone 12 releases defeats the legendary Snapdragon 865+ that reigns superior over Android smartphones.

Top-range Android smartphones have similar specs, massive eight to 12GB of Random Access Memory (RAM), a powerful processor from Qualcomm's Snapdragon, and the open-access operating system from Google. However, this did not stop Apple from toppling all the known and highly-defended fact that "Android is better than iOS."

According to YouTube Channel Phone Buff's latest comparison test vlog, the October-released iPhone 12 defeats the August-released Samsung Galaxy S20 Ultra in several app loading tests that determine processor speeds. However, it is notable that this is not the standard for testing and comparing both phone's full capabilities. 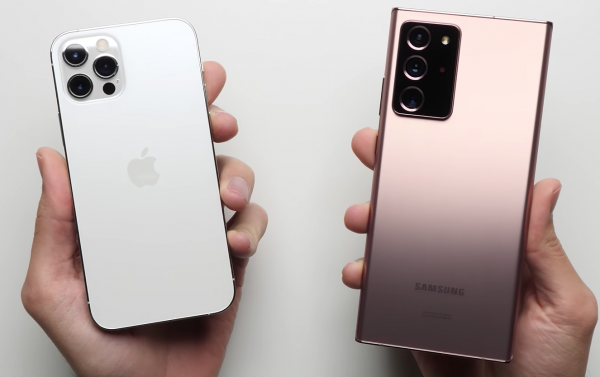 The long-running debate of Apple versus Samsung, iPhone vs. Galaxy S smartphones, is now answered in the speed test. Apple's superiority in the YouTuber's test topples Samsung Galaxy's reign over the top-performing smartphones available on today's market.

Apple's iPhone 12 possesses RAM that is half the size of Samsung's Galaxy S20 Ultra. The latest release of the iPhone 12 only holds 6GB of RAM compared to S20 Ultra's 12GB. The 5nm A14 Bionic Chip also takes the credit, trashing Qualcomm's Snapdragon 865+ by combining 17 seconds of lagging behind.

The speed test results may help users decide whether what phone would be the best to purchase and are torn between both companies' flagship smartphones. Other elements would still come to play, including the camera, battery life, exclusive features, application availability, phone gaming, etc.

According to Phone Buff, this is the first time in 20 months since Apple's iPhones reigned supreme over Samsung and any other smartphones in the Android powerhouses. The last Apple model to reign superior was the iPhone 11, which was released over a year ago from today.

Price Wise: Apple Offers the Cheaper Smartphone for Less Than $300 Compared to Samsung

According to 9 to 5 Mac, Apple even offers a more affordable smartphone in its lineup than Samsung. The iPhone 12's price starts at $699, while the iPhone 12 Pro starts at $999 for the 128GB variant, the starting storage, and the unit.

On the other hand, Samsung's Galaxy S20 Ultra offers the smartphone at a starting price of $1,399, with a massive discount available on its website for only $949.00. While the discounted version makes it more affordable than the iPhone, its original price is still more expensive by a whopping $400 (or $300 for the iPhone 12 Pro Max).