BladeBUG collaborates with the Offshore Renewable Energy (ORE) Catapult to develop a new robot that can inspect a wind turbine's blades. The six-legged spider-like machine has already made its first blade walk. 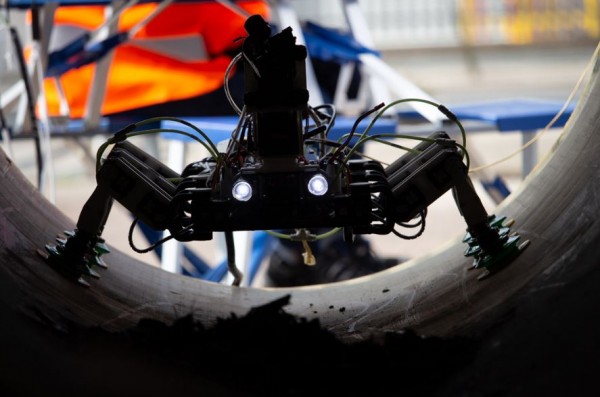 (Photo : Screenshot from Twitter post of @bladebuglimited )
This Six-Legged Can Walk On Wind Turbine Even If It's Operating! Here's How BladeBUG's New Tech Works

According to The Engineer UK's latest report, the inspect-and-repair robot continuously scaled blades at ORE Catapult's 7MW Levenmouth Demonstration turbine off the coast of Fife for the past two days.

BladeBUG's official website claimed that the new machine provides a 30% cost reduction based on lifetime blade maintenance. This activity costs a lot since rope-access technicians usually conduct it.

On the other hand, ORE Catapult predicted that the new robot can further reduce the expenses by up to 50% for the next-generation turbines.

What BladeBUG's new bot can do

The giant robot manufacturer designed the new robot to be capable of inspecting blade surfaces for imperfections and sudden cracks. BladeBUG expects the activity to be completed by the project's end next year. 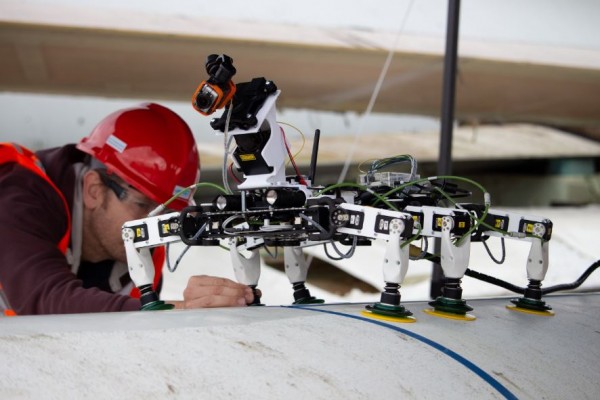 (Photo : Screenshot from Twitter post of @ORECatapult)
This Six-Legged Can Walk On Wind Turbine Even If It's Operating! Here's How BladeBUG's New Tech Works

The company already demonstrated the new machine on blade sections, as well as the vertical training tower, which is located at ORE Catapult's National Renewable Energy Center in Blyth.

The experiment proved that BladeBug's robot can do long deployments in real-life applications.

During BladeBUG's demonstration, the six-legged robot walked 50m vertically on the Levenmouth turbine, which reaches 195 above the sea when upright and has a length of 84m. The experiment revealed that its vacuum feet work perfectly as it inspected the blade surface.

The demonstration also showcased the robot's ability to transmit data from the blade scans and live video and how it navigates the varying curvature of blade surfaces. Aside from these, it was also revealed that the walking machine can also operate on the changing surfaces as the turbine's blades spin.

"Robotics are here to stay, and they will be an essential ingredient to operating ever-expanding wind farms, deeper-water sites and faster, bigger turbines in the coming years," he added.

Related Article: Telepresence Robots Help You Feel Like You're Really Going to School; They Look Like R2D2 From 'Star Wars'!