SpaceX CEO Elon Musk has bold visions for his company. Aside from having commercial fleets space to building his own human settlement in Mars, and he has recently laid out his plans in achieving the latter.

Musk has been firm of his goal to bring one million humans to the Red Planet by 2050, creating a self-sustaining megacity. Recently, the billionaire gave details how he would make that possible. 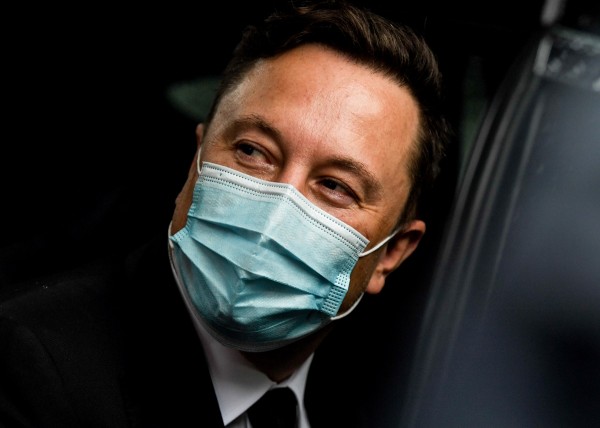 (Photo : Filip Singer-Pool/Getty Images)
BERLIN, GERMANY - SEPTEMBER 2: Tesla and SpaceX CEO Elon Musk leaves the Westhafen Event & Convention Center after attending the CDU/CSU faction meeting on September 2, 2020 in Berlin, Germany. Germany. Musk is currently in Germany where he met with vaccine maker CureVac, with which Tesla has a cooperation to build devices for producing RNA vaccines, yesterday. Today, he is rumoured to also be visiting the site of the new Gigafactory under construction near Berlin.

In a tweet sent on Thursday, November 19, Musk said: "Life in glass domes at first" as he replied to a question about how would be life on Mars like. He added that it will eventually be like Earth: "terraformed to support life."

While sci-fi movies have depicted how Martian cities for the longest time, it would not be possible as Musk wants to start building in 2024. Terraforming Mars is a huge mission that may require around 3,500 nuclear warheads every day, according to an 2019 analysis.

Firing up thousands of nukes will boost the planet's atmospheric pressure to reach breathable levels as well as melt the planet's ice caps to release carbon dioxide, which will be confined in greenhouses gases. Musk acknowledges that it will take a long time to terraforming Mars to allow humans breathe in the open on Martian territory.

"Terraforming will be too slow to be relevant in our lifetime," Musk wrote in another tweet. However, the CEO added that humans can start building a human base in Mars during our lifetime while future spacefaring humans will discover the ruins left in Martian soil and they will be impressed as how our generation was able to build a megacity outside the Earth.

Terraforming will be too slow to be relevant in our lifetime. However, we can establish a human base there in our lifetime. At least a future spacefaring civilization – discovering our ruins – will be impressed humans got that far. — Elon Musk (@elonmusk) November 18, 2020

While blasting nuclear weapons in Mars will improve the atmospheric pressure and carbon dioxide levels, it will also increase radiation on the surface making it completely inhabitable.

As Tech Times earlier reported, SpaceX is getting ready for Starship's orbital test flights in 2021, and if all goes well according to schedule, the first Starship en route to Mars will be launched as early as 2024. 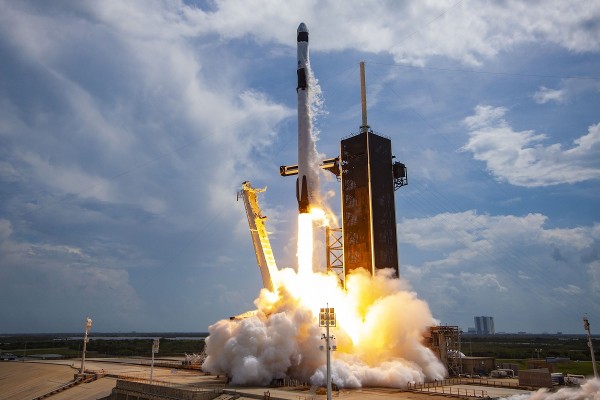 (Photo : SpaceX via Getty Images))
CAPE CANAVERAL, FLORIDA - MAY 30: In this SpaceX handout image, a Falcon 9 rocket carrying the company's Crew Dragon spacecraft launches on the Demo-2 mission to the International Space Station with NASA astronauts Robert Behnken and Douglas Hurley onboard at Launch Complex 39A May 30, 2020, at the Kennedy Space Center, Florida. The Demo-2 mission is the first launch of a manned SpaceX Crew Dragon spacecraft. It was the first launch of an American crew from U.S. soil since the conclusion of the Space Shuttle program in 2011.

With Musk's goal to bring one million humans to Martian soil by 2050, SpaceX would need a fleet of 1,000 ships to transport around 300 people every single day to build and sustain a city in the Red Planet.

However, the Hawthorne, California-based is still developing the rocket's interior and cabin for passengers, so Musk declined to go further into the details as they are still focused on making the Starship work first.

However, more than transporting humans, Musk is more concerned of building a self-sustaining city on Mars.

During the virtual Humans to Mars summit in September, Musk warned that the process will be very dangerous and there is good chance for passengers to die. "And it's going to be tough, tough going, but it'll be pretty glorious if it works out," said Musk, according to The Sun.

Meanwhile, Musk said during the Satellite 2020 conference in Washington that his "going to be dead before we go to Mars" if we do not boost the progress for the Martian mission.

Related article: Elon Musk Would Need 300 'Ready to Die' Persons a Day as Soon as 1,000 Starship Flights are Launched