Elon Musk shared that he will live stream the test flight of SpaceX's Starship spacecraft that is designed to be the carrier of 100 people to Mars, with the procedure taking place next week in early December. The SpaceX CEO optimistically invited all of the space agency and Starship fans to witness the event, showcasing the wonders and technology brought by the SN8 Starship. 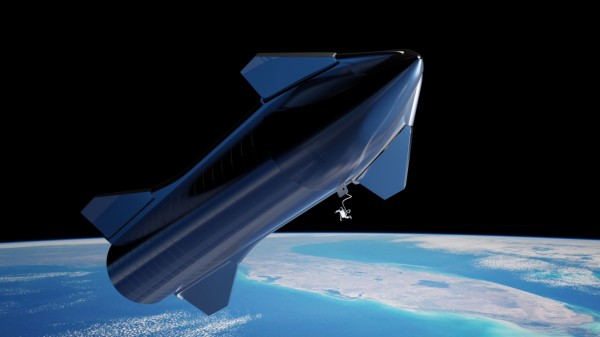 The aerospace manufacturer and space technologies company, SpaceX, is getting ready for the first test flight of the SN8 Starship which would determine the spacecraft's readiness and needs before its actual Mars mission. The SN8 was reported to have an excellent static fire during its test launch and rocket booster's routine test earlier this week.

The SpaceX CEO, Elon Musk, boasts of the spacecraft's capabilities, including its Stainless Steel make which sets it apart from other present rockets in the industry. Other agencies and companies make use of either aluminum, carbon, gold, nickel, silver, or titanium for spaceships which all provide durability, endurance, and heat protection brought on by rigorous space conditions.

According to the SpaceX's Elon Musk last Wednesday on the social media, Twitter, (@elonmusk), the Stainless Steel SN8 aims for a "15km / ~50k ft altitude" on its supposed test flight in the following week. This test flight would measure out the capabilities and needs of the Starship to prepare it for its future missions.

Additionally, there are other goals for Elon Musk and SpaceX to achieve with next week's test flight, and it includes three engine ascent capabilities, SN8's body flaps, its transition from primary to header tanks, and a landing flip.

The company's preparations would show its fruits next week and would determine if SN8 is ready for space use. The Stainless Steel spacecraft is on its eight-generation prototype which all follow a particular design that makes it unique from other spacecraft from SpaceX.

Back in October, SpaceX's SN8 Starship was aiming for a 60,000 feet ascent to test the spacecraft's boosters, landing maneuvers, and landing equipment which are all critical for its development.

SN8 Starship's initial problem was its awkwardly-designed nose flaps which became a nuisance for the team and having it melt away from too much residual heat. This problem is one that SpaceX is trying to solve and one that is up for a redesign from the company.

According to Elon Musk, he sees that SpaceX's SN8 Starship still needs numerous things to go through, upgrades, redesigns, and all. The Stainless Steel spacecraft is still flawed on its current state and would not yet see action or the actual cosmic environment until its intended 2024 Moon mission.

SpaceX's Starship would broadcast live on its website and YouTube channel for the SN8's first "proper flight" test next week.