Singapore has now become the first country in the world to provide regulatory approval of selling laboratory-grown meat in the city-state, which was granted to Eat Just Inc., a San Francisco start-up company. 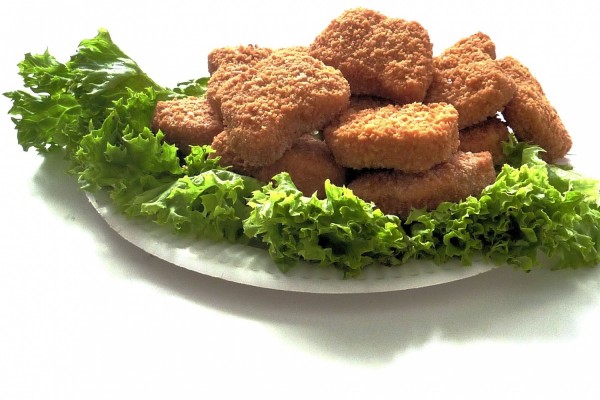 (Photo : Hans Benn from Pixabay)
The cultured chicken meat will be used as ingredient for chicken bites.

According to CNN, the company has confirmed this Tuesday, December 1, that the country has approved their use of cultured meat grown from chicken cells as an ingredient for chicken bites.

The approval was given by the Singapore Food Agency (SFA).

Josh Tetrick, the co-founder, and chief executive officer of Eat Just, said that they were initially planning on launching the chicken bites in a Singaporean restaurant before a broader expansion that will reach other dining and retail establishments in the country.

Moreover, the CEO said that the price of the chicken bites would be up to par with that of premium chicken.

"We've been eating meat for many hundreds, thousands of years, always needing to kill an animal to eat -- until now," Tetrick said.

Hoping for a Wider Expansion

As of now, the company is only selling the chicken bites made from cultured meat in Singapore as they have only gained approval from the Singaporean country alone, with manufacturing hubs in both Singapore and Northern California.

However, they hope to expand the sales of lab-grown meat in the United States in the future, along with Western Europe.

For those who are curious about how cultured chicken meat is made, it's apparently created in a bioreactor, an apparatus wherein biological reaction or change occurs, and only requires a chicken cell to create instead of killing an entire chicken.

Just like with regular meat, lab-grown chicken meat is also high in protein and a good source of minerals, so Eat Just is planning to sell their product under the GOOD Meat brand.

The lab-grown meat is not the only product the company currently has.

According to the report, they are also providing other non-animal products, including the Just Egg, which is made from vegan mayonnaise and mung beans.

Another company called Beyond Meat is also planning on releasing a meatless minced "pork" in China, which has 35% and 55% less saturated fat than a typical beef burger, as per CNBC.

Companies in the industry continue to argue that their products are a lot more environment-friendly than factories that rely on farm-grown meat.

However, others say that the cultured meat industry is supporting environmentally damaging factories and that they are reliant on a liquid known as fetal bovine serum (FBS) that are derived from calf fetuses and costs significant amounts of money.

Among the main critics of the lab-grown meat industry is Andrew Pelling, a scientist and designer who created the Ouroboros Steak, meat made from human cells that was featured in a previous report by Tech Times.

In recent times, vegan options have become increasingly popular both in the United States as well as in Asia.

Plant-based food companies are also gaining support, such as the company Impossible Foods that has secured nearly $500 million in funding.

Related Article: Is Water Made Out of Dinosaur's Pee? Scientists Claim 100% Probability