Yule Log on TV 2020: How to Turn Your Screen to Makeshift Fireplace

As the world celebrate the Yuletide season under the freezing winter cold, families gather around the fireplace on Christmas Eve to get the much needed heat from the burning wood. While books, movies, and the media has been featuring such tradition, it is no longer possible for people who live in smaller spaces like flats and condominiums.

However, there is a way to somehow keep the fireplace tradition without less the fire. Yule Log on TV makes it possible for people to instantly turn their televisions or computers screens to a fireplace, according to Independent. Here's how to do it. 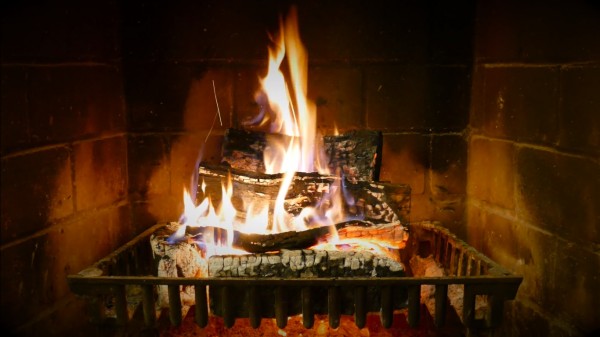 (Photo : PBS Newshour)
Yule Log on TV 2020: How to transform your screen to fireplace

Yule Log on TV Christmas eve: How it began

According to Mental Floss, the Yule Log video showing a wood-burning fireplace with classic Christmas songs on the background as already has been the much recent a holiday tradition as an alternative to the actual fireplace.

Back in 1966, New York's WPIX-TV Channel 11 manager Fred Thrower thought of offering "a little different and special" for the Christmas Eve. He then proposed to cancel all TV programs and ads to air the WPIX Christmas Card, which showed a video loop of a burning fireplace, accompanied by a festive soundtrack. His idea was approved, so WPIX first aired a three-hour 17-second film loop featuring an ornate fireplace located at New York mayor's Gracie Mansion on December 24, 1966. The TV station's ratings skyrocketed as viewers turned their TVs into fireplaces.

Thrower's son Mitch told Mental Floss that his father "was the most creative man I have ever known" as the Yule Log enabled families to gather around the makeshift fireplace with a comforting music on the background. Since then, the Yule Log tradition continued up to this day, especially for 2020 when people are constrained in their homes due to the pandemic.

Yule Log on TV 2020: How to transform your screen to fireplace

Transforming television screens to virtual fireplaces is just simple. There are thousands of Yule Log videos available in YouTube, Netflix, and other platforms to choose from.

This works best on a smart TV, but televisions with a set-top box connected can also do the trick. Switch on the TV and connect it to the Internet. Choose the platform or program to watch the Yule Log from.

Check out this 2014 YouTube video from PBS Newshour, which was already in 4K when it was first uploaded, which makes it look realistic. Unlike most Yule Log videos, PBS Newshour did not put a watermark on its video, which runs for an hour without interruptions.

For Netflix subscribers, they may play the "Fireplace For Your Home" program, which is also a 4K video. It features a cracking sound of the burning wood to make it more realistic as well as some classic Christmas music playing in the background. There are three versions available, which runs for an hour each and include the Classic Edition and the Birchwood Edition.

Please take not however that although the sight of the fireplace seems true, it does not give heat, but the experience makes it feel cozy and warm.

Related article: Smart Home Christmas Lights: How to Set and Control Them with Alexa or Google Assistant