Chinese car company Xpeng or Xiaopeng continues to advance its technology and challenge Tesla as it adds Lidar sensors for the new autonomous car models it will mass-produce in 2021. In a press statement, Xpeng announced its partnership with startup Livox as the carmaker will add lidar sensors from the startup.

Xpeng adds Lidar sensors for its new car models in 2021

Tesla's battle with the car company Xpeng continues to stiffen as the Chinese challenger makes its autonomous driving campaign stronger as it taps Lidar technology. According to Tech Crunch, the electric vehicle startup Xpeng targets China's middle-class tech-savvy consumers. The company is run by He Xiaopeng, a former Alibaba executive, who has raised around $500 million in a Series C+ investment round back in July, which brings its total funding to $1.7 billion.

The recent decision to add Lidar's remote sensing technology and a Chinese supplier suggests the technology war between the United States. and China. According to Xpeng, Lidar will also enhance performance in low ambient light, measurement accuracy, target detection, and other challenging perception conditions.

While the company already uses different sources to collect data, including ultrasonic, millimeter-wave radar, camera, and other sensors, Lidar will "provide a greater level of safety redundancy." This means a self-driving car will continue to work even when its primary system component fails since it will allow "more accurate imaging of the road situation."

Meanwhile, picking Livox is also interesting, as other established foreign companies like Luminar and Velodyne are available. However, it is quite expected since the Chinese government pushed for technological autonomy in China's key industries.

In 2016, Livox was founded as an "independent company" through DJI's internal incubation program. The company claims to be able to provide cheaper Lidar using its unique optoelectronic scanning technology. However, the startup is distancing itself from DJI to avoid possible U.S. government after the U.S. government recently added DJI to its trade blacklist, which included other Chinese tech giants like SenseTime Huawei.

Read also: Why Elon Musk Will Not Have LiDAR for Tesla's Autonomous Vehicles?

Tesla has accused the five-year-old startup of intellectual property theft, which the Chinese electric carmaker denied.

In 2019, Xpeng has been tangled in a legal battle against Tesla after its former engineer Cao Guangzhi  allegedly stole Autopilot source code before he joined the startup. While Guangzhi  admitted copying some of source codes from Tesla, he claimed to have deleted all files before he left Musk's company. 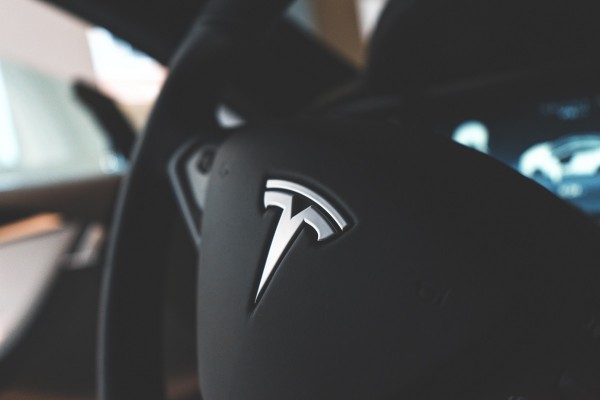 The coronavirus pandemic has since delayed the case's proceedings while Tesla summoned Xpeng to find evidence such as computer images and source code, which the electric vehicle startup called Tesla's motion to "bully and disrupt a young competitor."

However, Xpeng's decision to add lidar technology to new car models that it will mass-produce in 2021 differentiates the Chinese startup from Tesla.

While it surprised some experts in the car industry, Tesla CEO Elon Musk mere scoffed at Xpeng's announcement. For the longest time, Musk has long dismissed Lidar technology's use in autonomous driving as he regards it as unnecessary expensive sensors. Instead, Tesla relies on camera-enabled visual recognition and neural network training for its Autopilot feature.

Other Chinese companies agree with Musk, such as the Daimler-backed Momenta, which uses high-definition cameras and the cheaper millimeter-wave radars.