While the Apple Car may wait its release until 2024, Chinese startup Byton announced on January 4 its partnership with Apple supplier and manufacturing giant Foxconn to help produce its first electric vehicle, the M-Byte.

Byton first unveiled its electric SUV during the CES 2018 while Foxconn previously planned to have its own. This sounds a promising partnership to help the startup to finally deliver the SUVs to its customers in 2022. 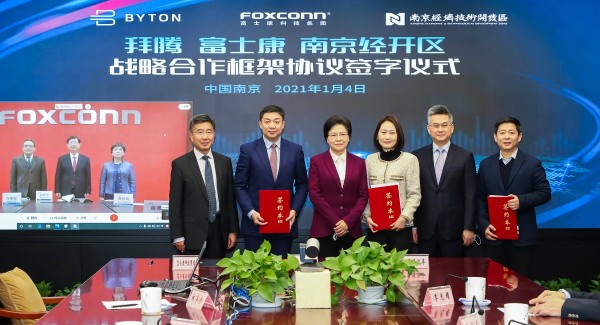 Carmaker Byton surprised the tech industry after it the CES 2018 debut of its electric SUV, which is technology-filled and has a huge 48-inch screen. In 2019, the company showed off its final M-Byte production design at the Frankfurt Motor Show, keeping most of the concept car's tech features. The startup missed the promised 2020 delivery deadline for the first M-Byte batch. However, Byton now plans to carry out the SUVs to its Chinese customers by 2022.

According to CNET, Byton will rely to Foxconn to bring the SUV production to life. While Foxconn is best known for manufacturing iPhones, its expertise on manufacturing technology as well as other industrial resources will greatly help the startup. In fact, in October, the Taiwanese iPhone supplier revealed its plans to diversify from the smartphone to creating its own electric vehicle platform with massive battery breakthroughs. Byton-Foxconn partnership may lead into greater than just between the supplier and a client. 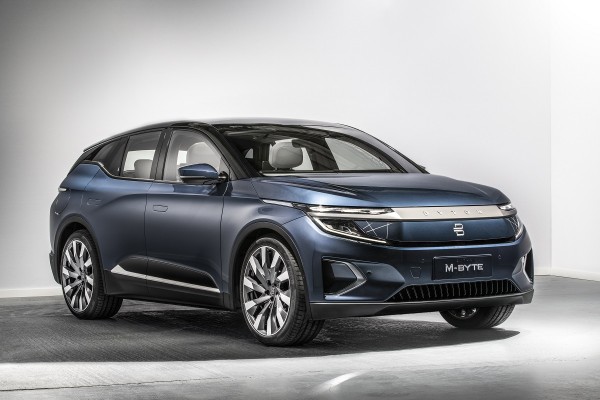 After the initial delivery in China, Byton hopes to expand its market to the U.S. and Europe. However, with the delays it is currently experiencing, such expansion is likely to happen in much later date, if the Western market would still be interested after most car brands now switching to producing electric vehicles.

Byton aims to offer two powertrain options for the M-Byte. The first model is the rear-wheel drive SUV packed with a 72 kWh battery pack and up to 224-mile range. The second model is an all-wheel drive with a bigger 95 kWh battery to keep running for longer range of up to 270 miles.

The screen-loaded M-Byte price starts at $45,000, which seems too good to be true with all the technologies Byton promised to include.

With a massive 48-inch display, multiple control screens, sleek exterior, and a highly competitive $45,000 price tag, M-Byte could certainly compete with other modern SUVs like the Tesla Model X. With its final design including the huge display, Byton promised to build M-Byte's unconventional interiors. 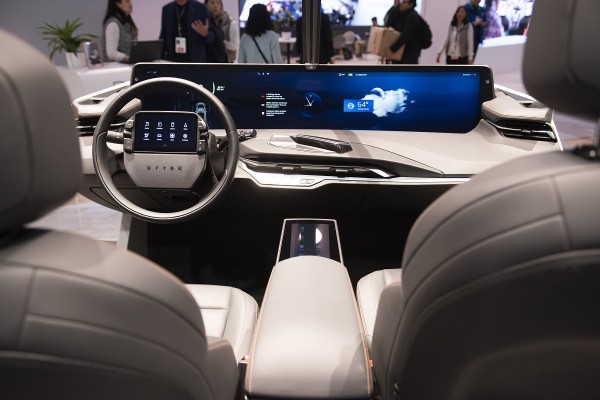 Byton new CTO David Twohig told Engadget that all these features entail massive software works, but the they do not want to seem overconfident as there is "a hell of a lot of work ahead." Twohig noted that they do not plan to launch the vehicle without the features they promised. "We won't do so until we're confident that it's ready," he added.

Global Digital Product Design head Andre Nitze-Nelson explained that vehicle's impressive massive curved console with control screens are divided into three parts. In the left, the driver will find a digital control that shows fuel levels, speeds, turn signal indicators, and other. Also, the driver-assist system visualization shows the lane being occupied by the vehicle among other vital. details.

The second panel is in the middle and will show either the map or infotainment content, depending on the driver liking. Finally, the right display is the front passenger's control for entertainment, climate, and other options. Meanwhile, the entire panel can merge a giant screen and even dim the lights for optimal cinema experience when the vehicle is at rest.