Mercedes-AMG has recently unveiled its GT Black Series to the public but has not yet seen a public appearance until this New Year as YouTuber and car vlogger, Shmee, shown the world the sports car in Dubai. Part of the Sports or Luxury car capital of the world, Dubai is only right to be the first one to receive and see the new GT, as it shows its beauty to the world.

The popular German car manufacturer's high performance and race-spec division, Mercedes-AMG, has delivered its first customer ordered Black Series to Dubai and it has already been showcased for public viewing including vlogs. Sports cars in Dubai, UAE is not a common sighting as it is one of the richest countries in the world, and it is understandable if this is the first destination of the GT Black Series.

According to Motor 1 UK, the first unit was sent over to VIP Motors which was already sold as soon as it hit the dealership, with only 37 kilometers on its odometer, one of the freshest vehicle deliveries in the world. The mean-looking 2-door coupe is one of the most powerful sports cars in the world, holding a spot over muscles and previous performance-inclined releases. 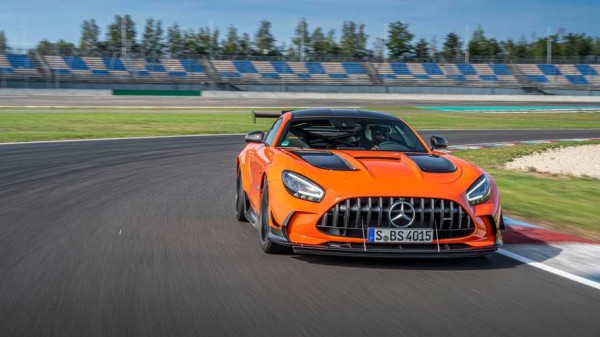 After the car's initial debut, Mercedes-AMG has been testing the GT Black Series is the world's top tracks to test its limits, capacities, and power over real-world road conditions. The power-packed vehicle is the top-of-the-line variant in the GT lineup and all of Mercedes' releases.

Moreover, the car destroyed the company's records in the popular German track, the Nurburgring, being the fastest production vehicle to take a lap around the race track. The Mercedes-AMG team that did the Nurburgring lap test with the GT Black Series clocked an impressive 6 mins. and 43 seconds for the street-legal sports car from the company.

The Mercedes-AMG GT Black Series did the full 20 kilometers full lap of the Nurburgring, which consists of one of the most technical and challenging tracks in the world. Additionally, the vehicle's time is impressive for its category as other sports and street-legal cars do not go near the 6-minute mark. 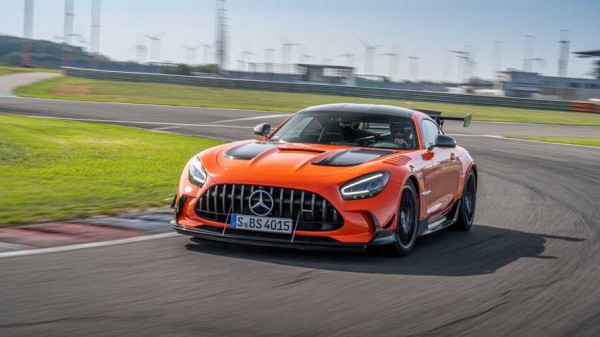 According to Mercedes-AMG, the car sports the 4.0L V-8 "Meteor" Biturbo engine that can produce 800Nm of torque and a 0-60 mph of 3.2 seconds. The company also boasts of the next-generation flat-pane crankshaft that offers more power and efficiency for the vehicle, which has a top speed of 201 miles per hour (325 km).

The vehicle is designed to be aerodynamic and has a lightweight body that adds to its power, and its own-designed V-8 Biturbo and coil-over suspension. The Mercedes-AMG GT Black Series has a starting price of almost half a million dollars at $455, 251 (converted from 335,000 British Pounds as of January 5).

The vehicle is also available to luxury car dealerships and online websites via pre-order sale.