"Genshin Impact": Lost Riches event has recently begun and players can now explore the Treasure Area 2. To unlock the event, Adventure Rank 20 players must first complete the prologue. They need to go to the Stone Gate in Liyue to visit and speak with Ulman who will later give a Treasure Book and the Treasure Seeking Seelie gadget. 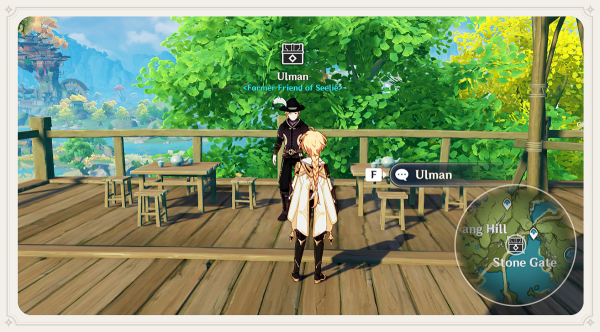 Two locations were introduced during the first day of "Genshin Impact" Lost Riches event, where in players would earn 120 iron coins. Similarly, two new locations became available on Day 2, giving them a total of 240 iron coins for the event.

Once players opened the event details, they will know where they should go next, which is the Falcon Coast. After reaching the islands, players should activate the Treasure-Hunting Seelie using the "Z" key (default). It will then spawn next to the character.

While going through the Falcon Coast, Treasure-Hunting Seelie will flash brighter while there will be a constant beeping noise when there is a hidden treasure nearby. Meanwhile, a beam of light indicates treasures. Players can dig for them by pressing "F" to earn iron coins. Search for all iron coins to unlock the next location. 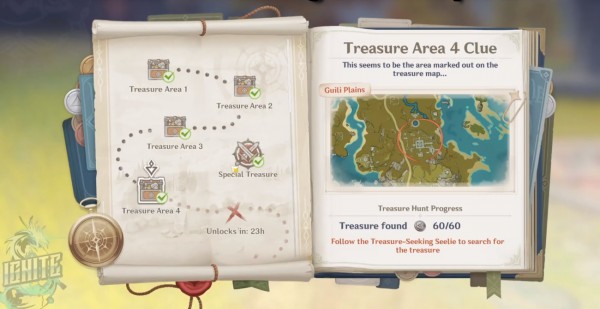 Take note however that the companion will disappear once players enter a combat, so they should eliminate the opponents they encounter.

Lingju Pass will be revealed after all iron coins were found. Activate Treasure-Seeking Seelie again after reaching the location in the southwestern section of the world map. It is possible to find majority of the iron coins in the ruined temple's exterior, although the iron coins were generally easy to find.

On Day 2 of the event, go to northeast of Monstadt and search around Starfell Lake. Again, activate Treasure-Seeking Seelie as well as listen to the beeping sound to find several spots to uncover some iron coins. However, be careful because treasure hoarder enemies might spawn after digging up the treasure. 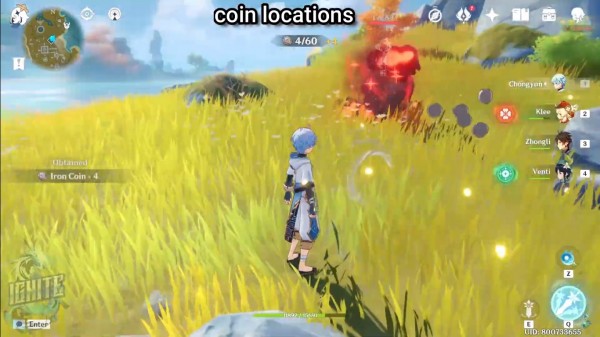 After claiming 60 iron coins, players can choose either to head to Guili Plains or search for Brightcrown Canyon's special treasure.

When players head to Guili Plains, they should fast travel to the Domain of Forsaken Ruins where more iron coins can be found. Check the whole domain until all iron coins are acquired. Take note though that like in Starfell Lake, some of these treasure spots will spawn few treasure hoarders.

Players should have earned a total of 240 iron coins after completing these four locations. The remaining locations for this event are still unlocked until the next daily reset.

Meanwhile, if players choose to find the Special Treasure in Brightcrown Canyon, they will find a clue about its location in the Lost Riches event details panel. The zone is located in northwest of Monstadt, but players can reach it using the fast travel point. Look for a ruined steeple with a church bell, which can be found further west as players search around the ravine.