Earth is Spinning Faster Lately, Atomic Clocks Find: What Does it Mean?

It seems like even the Earth just wants to hurry up this 2021, so everything can be back to normal once again. Will it be? Should the Earth calm down perhaps? Scientists claim that the Earth is showing signs of spinning faster than it should be after decades of slowing down. 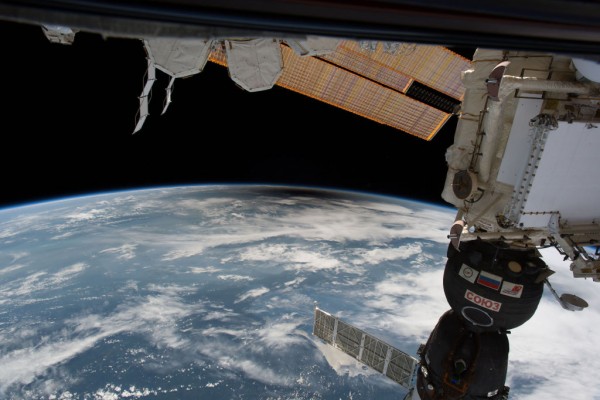 (Photo : Photo by NASA via Getty Images)
IN SPACE - AUGUST 21: In this NASA handout, the umbra, or moon's shadow, passes over Earth during the total eclipse Monday, August 21, 2017. Viewing the eclipse from orbit were NASA's Randy Bresnik, Jack Fischer and Peggy Whitson, ESA (European Space Agency's) Paolo Nespoli, and Roscosmos Commander Fyodor Yurchikhin and Sergey Ryazanskiy. The space station crossed the path of the eclipse three times as it orbited above the continental United States at an altitude of 250 miles.

We've always known time as a consistent factor. There are 60 seconds in a minute, 24 hours in a day, and seven days in a week. When has it changed? Recently, experts have noticed that there can be variations and inconsistencies that may happen from time to time. According to Graham Jones and Konstantin Bikos from TimeandDate, "It is not perfect...When highly accurate atomic clocks were developed in the 1960s, they showed that the length of a mean solar day can vary by milliseconds"

Earth's Rotation Time is not Constant

Despite time being seen as a consistent factor, the length of days shifts marginally. That is the exact same reason why we have a leap year at regular intervals. Now researchers have declared that the similar situation is happening at a much consistent phase as days begin to be more limited than the normal. They have concluded that the Earth is indeed turning quicker.

What Causes Faster Spin of the Earth?

The quicker turn of the planet could expect changes and adjustments for our time schedules. Researchers brought up news that the quicker turn doesn't place the planet at risk for any kind. The reason behind the expanded turn is known to science for many years now. Possible causes may include lunar gravity, snowfall levels, and mountain disintegration. It can also be affected by events in the Earth's core, ocean, and weather patterns.

A research from 2003 by NASA in Goddard Space Flight Center says that the reasons for the Earth's faster spin are myriad. David A. Salstein, an atmospheric scientist from Atmospheric and Environmental Research, from the said research says "Changes in the atmosphere, specifically atmospheric pressure around the world, and the motions of the winds that may be related to such climate signals as El Niño are strong enough that their effect is observed in the Earth's rotation signal."

What does the Earth's Faster Speed Mean?

So what does it mean? Will the world be put at risk? According to an interview with Wolfgang Dick through USA today, the speaker for the organization International Earth Rotation and Reference Systems Service in charge of maintaining global time, "In everyday life, this extra second has practically no importance.. "However, in every field where exact time is needed (astronomy, navigation, spaceflight, but also computer networks for stock markets or energy supply, and much more) this second is of great importance," he added.

In the course of the most years years, the exactness of atomic clocks permitted researchers to make more precise acclimations to the estimation of time. What extra or less time means for Earth may pose no actual threat for the Earth's residents. However, for industries who need to keep track of every millisecond, an adjustment in their schedules in line with these recent changes may be necessary.