The rise of free-speech apps has gained traction in social media now. Various platforms such as Facebook, Twitter, and Instagram have employed stringent measures to ensure their users are observing community guidelines. On the contrary, unbiased, free speech apps like Parler are more lenient in their speech rules. 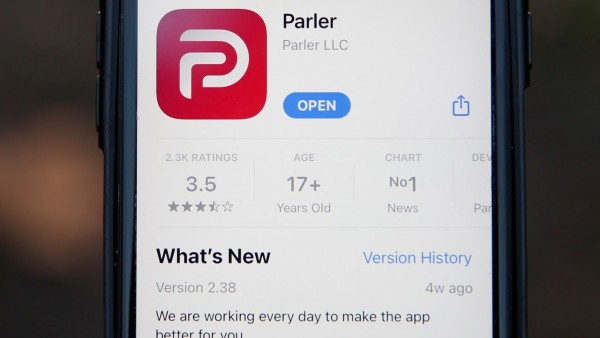 What is Parler Social Media?

Parler is a social media app founded in 2018. Parler, which means "to speak" in French allows users to interact in a platform that promotes free speech and participation. According to Parler,

"Users can be responsible to engage content as they see fit. We are not regulators. We are not governors. We are a community." The app was founded with the intention of removing ideological censorship and privacy abuse by big social media platforms.

Although there are still existing guidelines to the page, their restrictions are not as rigid as that of other social media giants, hence the rise of their popularity. For users who want to express unrestrained political, economic, and social opinions, Parler has been a better alternative to sites such as Twitter and Facebook.

Trent Read from the Salt Lake City area in an interview via USA Today says that he will make a huge move to switch from Twitter to Parler. "If I can be a small part of sending a message to them to tell them to stay out of my business, that would be a positive thing.", he says. Parler has now reached about 8 million members from its launch since 2018.

Parler App May not be Available Soon

However, Vox reports that Parler may not be available anymore anytime soon. Recently, Amazon has announced that it will kick out Parler from its platform. Amazon's decision to remove Parler from its system came after Apple Store and Google Play store decided to also remove the Parler App from their respective systems.

This series of actions has been made after political uprisings in the US Capitol have happened due to incitements that have been occurring in social media sites like Twitter. In an attempt to prevent any further uprisings from happening, free speech apps have been constrained by numerous servers.

According to the report, if Parler cannot secure their own host server, they may disappear from the web completely anytime soon.

Thus, users are now looking for more ways to access free speech social media apps. Thankfully, there are still apps to date that are still available in Play Store, App Store, and in their own respective websites. Here are some alternatives to Parler:

MeWe is also one of the free-speech apps that believes censoring users for political reasons is not necessary. This next -gen social media app has user-friendly social issues which claims that their site has "No BS, No ads, No Targeting, No facial recognition, and no Newsfeed Manipulation.

The app features dedicated newsfeeds for connections, friends, families, and common interest groups. The chat app has group chats, camera features, GIF creations, live video and voice posting, personal social cloud, and more. Users can see  their connections' posts in real time. MeWe members has the luxury of owning their own data and enjoying under  the protection of MeWe's Privacy Bill Of Rights.

Gab, another social networking website that is popular among users who want to continue expressing free speech, with mostly political intentions. It was founded by Andrew Torba in  2016. The app has a similar layout with Twitter, which features trending posts, and the compiled news for the day in the right side. There's also an option to explore more on what's happening.

It has an interface in the center that shows recent posts where you can react and comment. Similar to Twitter, it also allows you to follow, unfollow people, and add them to your groups/networks. As of 2020, Gab has reportedly 3.7 million monthly visitors worldwide.

Rumble is a video-themed social media app. The page claims that users will "never be censored for political or scientific content...We firmly believe in the ability for creators to openly discuss, challenge, and debate topics across various categories. Subscribe to your favorite channels, watch, upload, and swipe for your favorite videos.", they add.

It's pretty similar to youtube or Tiktok, where you will be allowed to upload your videos, as well as subscribe to other users' channels. You can also build your own followers and make money by earning tickets every time you vote for your favorite video. You can also access videos that you want to discover through the Rumble battle.

While there may be various free speech and uncensored apps online, it may still pay in the long run to know your rights and limitations as a responsible user. Make sure to at least adhere to one principle: to respect others' opinions just like how you want them to respect yours.