Shortly after users online have criticized WhatsApp's new privacy policy asking users to sync data with their Facebook Messenger accounts, Telegram has seen a 500 per cent spike in their new users.

People have expressed dissent about how WhatsApp has been crossing the line in handling people's data. The Facebook-owned app has recently sent a notice to all its users asking them to accept their new privacy policy which includes sharing data with Facebook. Users who do not agree to the new terms and conditions until February 8 will have their accounts totally suspended. 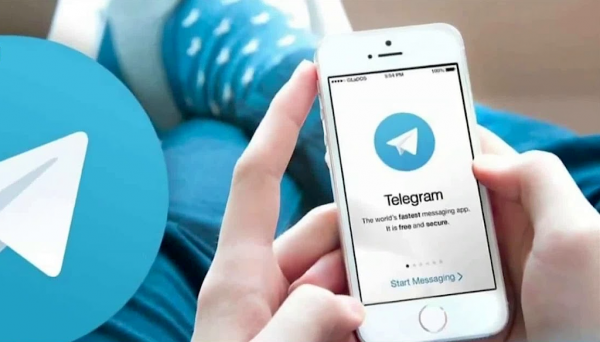 It has led to different criticisms online from users, privacy advocates, and even from its greatest rival Telegram, who posted a twitter update mocking Facebook's policy using the famous coffin dance meme.

Telegram User Spike: Its Biggest Milestone for Seven Years in the Industry

As Independent Co UK reports, over the last 72 hours, Telegram has seen a 25 million spike in their new users, according to the app's founder Pavel Durov. As a result, Telegram's total number of users has raised above 500 million. As of the time being, Telegram is sending personal messages to all their users thanking them for their support that contributed to the rise of user downloads.

The entire Telegram population is almost a quarter of the 2 billion WhatsApp users around the globe. Recent trends follow many users who also urge others to leave the app and switch to other platforms due to issues on privacy breach.

Durov, who has always been an advocate in personal privacy in communication has openly criticized Whatsapp's lenient approach to invading people's privacy. In line with that he wrote on his Telegram channel last Tuesday that the latest spike in user downloads is indeed Telegram's biggest milestone in their entire seven-year journey in the messaging industry.

"People no longer want to exchange their privacy for free services. They no longer want to be held hostage by tech monopolies that seem to think they can get away with anything as long as their apps have a critical mass of users." This is what he wrote in his channel.

"With half a billion active users and accelerating growth, Telegram has become the largest refuge for those seeking a communication platform committed to privacy and security. We take this responsibility very seriously. We won't let you down.", he added.

Mr. Durov has been firm in his stance about them respecting user data. According to him, since the app's launch in 2013, they have never disclosed even a single byte of user's private data to third parties, which is something that every messaging app should emulate.

Even other messaging apps such as Signal has also seen a user spike this week. Based on the data from Sensor Tower, Signal has gained 8.8 new user downloads for this week. Before WhatsApp has announced their new privacy policy, they only bagged 246,000 downloads.

WhatsApp and Facebook Inc. is stil yet to respond to all these backlashes that they've received online. So far, there are now news yet about their public response. What's only clear is that users are given an ultimatum until February 8. Until then, users who do not agree to their new policy will have their accounts suspended.