Elon Musk has shared his enthusiasm with the public with the recent achievement of SpaceX's SN9 Starship static fire test of its Raptor engines, having seen all three tries of the rocket to be successful without any failures. The CEO showcased his joy over the recent venture on his Twitter account, saying that the Starship is ready for a "Hop in & go to Mars" goal. 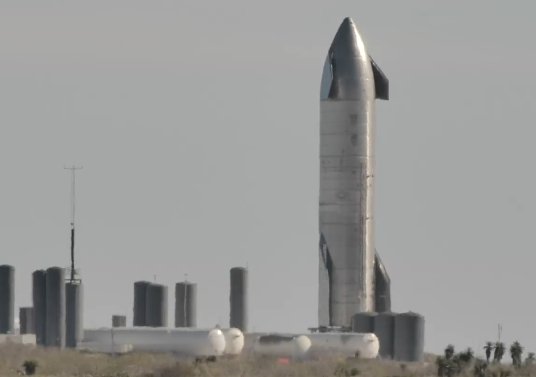 The aerospace manufacturer and space transportation company, SpaceX, has achieved another milestone with another of its spacecraft that is bound for Mars, the SN9 Starship, which is also made up of pure stainless steel. The static fire test of its Raptor engines is a must, making it one of the crucial tests next to the actual test flight.

The SN9 Starship is humongous with its 165 feet tall body that is made up entirely of stainless steel, a material that only SpaceX is known to use in the modern age. Another of its spacecraft, the SN8 Starship, shares the same material for its body and has also done its static fire test, along with a test flight that successfully launched but had troubles with its landing.

The company has moved to test its rocket prototypes which are bound for Mars, the SN9 Starship, which is another popular spacecraft of SpaceX.

Earlier today, Elon Musk (@elonmusk) said in a tweet that this day is about the day to practice starting the engines for the Starship, which is also known as the popular Raptor engine, also used by the Falcon 9. There have been no flights or ascents for the SN9 Starship as it was held down by pins to prevent launching towards the skies.

Two hours later, Musk is back again with his tweets, now sharing a joyous achievement of the Starship in having fired its engine thrice, all without failures or "RUDs" or rapid unscheduled disassembly.

Detanking & inspections now. Good progress towards our “Hop in & go to Mars!” goal.


Also, Elon Musk regarded that the SN9 is undergoing its detanking of the jet fuel and inspections as of the moment, but all in all, the launch was a success and a massive feat for the SN9. Moreover, this brings them in check for its other goal for the stainless steel Starship, and that is its readiness for Mars in the coming missions and years.

All of the tests for the Starship lineup are intended for its future mission towards the Red Planet, being the spacecraft of choice to fly towards Mars, in a grueling seven to eight months of flight in a one-way trip. The SN9 Starship would be accompanying the SN8 under SpaceX's future Mars missions, and Elon Musk's plans to build a settlement.

Related Article: Elon Musk Says He's Too Busy to Write a Book as He Works on Two More Important Things