Elon Musk's intention was true and straight: to use another encrypted messaging application for people's safety and privacy against WhatsApp's updated terms, but recent events reveal that people got the wrong company. Instead of the Signal app for encrypted messaging, a similar company, "Signal Advance," received fame and a rise in stocks to a massive 1,100 percent. 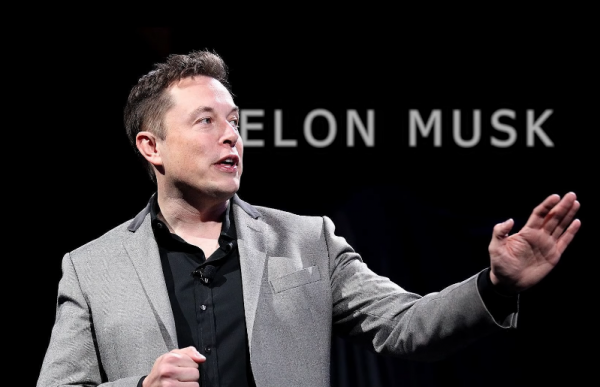 (Photo : Screenshot From Luxury Zone YouTube)
Now World's Richest Person Elon Musk Promised About Half of Wealth to Help Earth's Problems While Other Half to Create Self-Sustaining City on Mars

In millennial terms, the public was "bamboozled" which involves eating a plainly looking jelly bean but getting a disgusting flavor instead, in the recent dispute over the updated terms of WhatsApp that asks for deeper access. The Tesla and SpaceX CEO, Elon Musk's, the intention was plain and clear, to protect the people from unnecessary data access from the messaging company.

However, even that fails as a different company gets recognition instead of the right one, Musk has pointed and utterly suggested in his recent tweet. The tweet was somehow vague and unclear though because Elon Musk initially posted a reaction meme tweet before posting his suggestion to "Use Signal," which may be interpreted to different signals.

Read Also: AMD vs. Intel Processors Comparison 2021: Which is Better?

As funny as it may sound, that is what really happened and took place in recent times, in a matter of days since the Tesla CEO first spoke of the matter. According to CNBC, stocks have indicated that there were two events where "Signal Advance's" stocks rose, which both add up to a massive jump of 1,100 percent since Musk's tweet. The massive influence of the tech mogul and world's top billionaire, Elon Musk, is surely mesmerizing and amazing as a simple tweet can turn the tides of an unknown company to rise more than 1,000 percent. The Tesla CEO surely did not mean this, as he was aiming to point people to the better option for data privacy in a messaging application.

What is 'Signal Advance' Stock

Musk has boosted the wrong company, and there was nothing he could do to take that back as it already happened. The Texas-based health care technology company was initially valued at $55 million and has no regular employee apart from its CEO, which is now at $660 million market cap. The company was traded in Wall Street for only 60 cents to a dollar since 2015 but is now looking at an impressive $7.19 with a 527 percent rise last Thursday, and an additional 91 percent last Friday. The same thing happened with Zoom video Communications in 2018, with a Chinese company called "Zoom Technologies" gets recognition and the market surge.

Signal App Clarifies that They are What Elon Musk Refers to

In a tweet, the donation-backed encrypted messaging application expressed their disheartened reaction to the stock surge that went to the wrong company after Elon Musk's statement to change messaging apps. Indeed, all the stock market fiasco is disappointing for the company who should have been reaping what "Signal Advance" is now enjoying.

Is this what stock analysts mean when they say that the market is giving mixed Signals?

It's understandable that people want to invest in Signal's record growth, but this isn't us. We're an independent 501c3 and our only investment is in your privacy. pic.twitter.com/9EgMUZiEZf