"Gal Gun Returns" game publisher leaked screenshots of the game's new characters and costumes. The photos were revealed by PQube and Inti Creates. 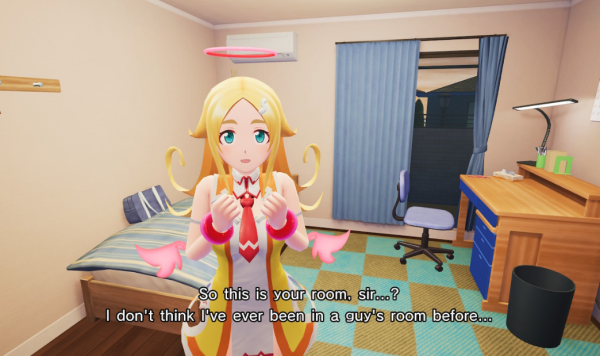 According to Sili Corena's latest report, the new batch of screenshots focuses on a number of different elements in the popular game. These include characters and costumes.

The characters that were included are Aoi, Kaname, Kaoruko, Patako, and Akira. On the other hand, Nintendo Life confirmed that the popular game will have a 10% discount for Switch pre-orders.

It was previously released on February 12, 2021. It comes with pre-loaded DLC outfits, three separate modes, and better illustrations compared to the game's previous version.

Although "Gal Gun Returns" is primarily a shooting game, there are many instances that players need to make decisions because of their interactions.

We're kicking off our first Hangin' at Inti HQ stream of 2021 with one of Gal*Gun Returns' most alluring gameplay modes: Doki Doki Carnival!

Also Read: 'Pokemon Snap' How to Preorder, Bonus, Release Date, and Everything You Need to Know About the New Switch Game!

The new leaked screenshots revealed that the interactions will have a new look. They also showed off what the NPCs will look like, as well as the gameplay segments involved.

On the other hand, the screenshot collection also revealed that players can also customize their character's normal outfits. The fans can also change NPCs' gym outfits, swimsuits, and uniforms. If you want to see more screenshots, you can just click this link.

Requirements for all endings

"Gal Gun Returns" can be quite hard to play, especially if you are new to the popular title. To help you further, here are all the requirements for each ending of the game.

Nanako Ending (Ending A to B)

Chiru Ending (Ending A to B)

For more news updates about "Gal Gun Returns" and other upcoming popular games on Switch, always keep your tabs open here at TechTimes.

Related Article: 'Scott Pilgrim vs. the World: The Game' Earns Praise, Now Available for Xbox One and Xbox Series X and Series S