Game analysts claimed that "Fallout 4" offers something that the popular "Cyberpunk 2077" lacks. The game experts said that the popular shooting game still offers great main quests and side jobs, as well as other gigs that should be completed. 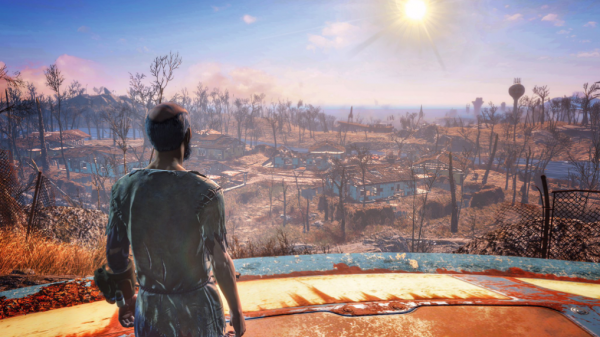 (Photo : Screenshot from Twitter post of @GPeepaw)
Game Analysts Compare Major Side Quests in 'Cyberpunk 2077' and 'Fallout 4': Here's What They Found Out

On the eighth day the old man crested a broken ridge and saw Old Boston and the Commonwealth below. The far away ocean glittered softly golden in the sun and a breeze stirred salted air through the windstripped trees. #Fallout76 #Fallout4 @Fallout pic.twitter.com/LsQGQjbDzN

However, "Cyberpunk 2077" still has some annoying bugs and issues that are still faced by its fans. On the other hand, game analysts said that some of the title's quests are unsatisfying, especially when the message "quest complete" suddenly pops up on their screens.

On the other hand, PC Games reported that "Fallout 4" has better side quests compared to "Cyberpunk 2077." To help you further, here are a comparison of the two games.

Game experts claimed that "Fallout 4" makes that players feel that their actions matter since they have different consequences. This can be seen in the game's first side quest called "Painting the Town." 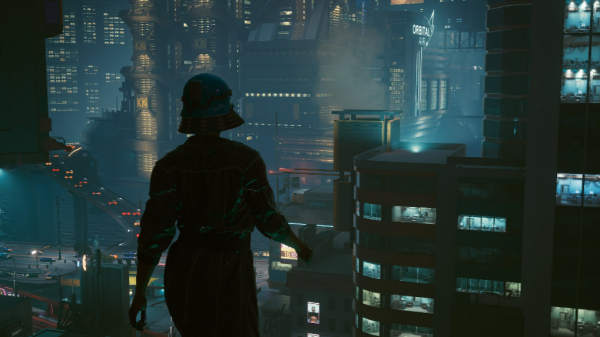 (Photo : Screenshot from Twitter post of @Huisyy)
Game Analysts Compare Major Side Quests in 'Cyberpunk 2077' and 'Fallout 4': Here's What They Found Out

Betcha can't get to the last 2 spots!😜

During this mission, the player must track down some paint to spruce up the walls of the Diamon City. This side quest offers different ways to acquire the needed green paint.
You can also choose a different color, however, the reward will be fewer. Aside from these, the mission also has plenty of dialogue options to choose from. The outcome will depend on what you say in the game.

Unlike in "Cyberpunk 2077," the player's action will have different consequences. This is noticeable, especially when the user has a companion.

Their partner can react negatively or positively that what the player says to the quest giver. Choosing different color paint for the quest will give you different rewards, but they'll all still adorn Diamond City's walls.

On the other hand, "the side quests in "Cyberpunk 2077" doesn't have many options compared to "Fallout 4." The game's first side mission requires the player to corral the divergent personalities of an AI cab company.

Unlike the other title's side task, this quest has no option to help the other characters. The player will also get the same rewards even if they choose a different option.

This clearly shows that "Fallout 4" has more interactive side missions. On the other hand, NewsBytes reported that "Cyberpunk 2077" apologized to the fans for the poor game experience.

They also promised that they'll soon release new patches to fix the bugs and other issues in the game.

For more news updates about "Cyberpunk 2077," "Fallout 4," and other popular PC games, always keep your tabs open here at TechTimes.

Related Article: 'Fallout: New Vegas' the Frontier Nexus Mod: What to Expect in the Largest Expansion and How to Download It

ⓒ 2021 TECHTIMES.com All rights reserved. Do not reproduce without permission.
Tags: Cyberpunk 2077 Fallout 4 Game Side Quests
Most Popular