'Hot Jupiter:' Strange 'Cloudless' Giant Gas Exoplanent Discovered As it Passed through a Star, Thanks to WASP

A Hot Jupiter Exoplanet that resembled the Gas Giant of the Solar System was discovered by astronomers and have called it WASP 62-b, featuring amazing details, including a full orbit of only four days for its year. The exoplanet is almost 600 light-years away from the planet and was initially discovered in 2012, but was not entirely sure of the planet's existence, and is completely cloudless. 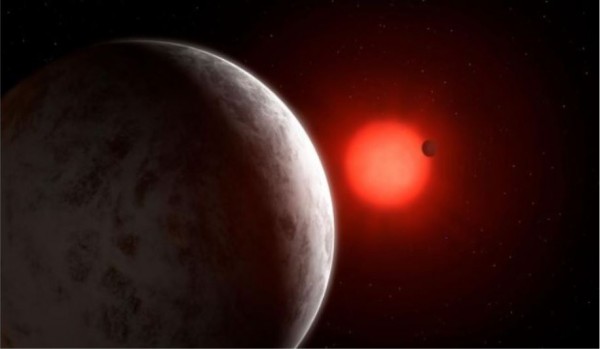 According to a study published in the Astrophysical Journal Letters entitled "Evidence of a Clear Atmosphere for WASP-62b: The Only Known Transiting Gas Giant in the JWST Continuous Viewing Zone," the Hot Jupiter is now considered to be an exoplanet. The WASP 62-b's revolution around the Sun and its orbit is one of the fastest that was seen by astronomers.

The most intriguing part for the researchers is that despite its gassy state and appearance, the exoplanet exhibits signs of being entirely cloudless, which is unusual for a gas giant exoplanet. The researchers headed by Munazza Alam regarded the exoplanet to be an "atmospheric characterization and precise chemical abundance constraints" being completely cloud-free.

WASP 62-b: Hot Jupiter Gas Giant Can Only Be Seen Through Stars 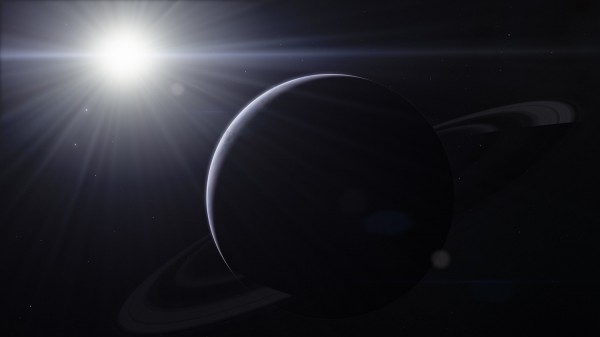 The Hot Jupiter gas giant was only seen by the scientists as it passed through its star, shining a light through it and enabled the astronomers to discern its state and existence in the galaxy. According to Munazza Alam, seeing the exoplanet was hard and it is challenging for the astronomers as it resembled seeing fireflies pass through a streetlamp to determine it.

The process they used was called "combined light observations" as it looked for the shine of the stars from behind it, combining it with the light from the planet to determine its existence. Gas giant exoplanets are one of the hardest to see space objects as they are far from the planet (as they are mostly located outside the Solar System), and are in a gassy state.

The organization called Wide Angle Search for Planets, also known as WASP were the one to discover the exoplanet alongside the scientists. Their technology is one of the most impressive detection systems of exoplanets, with WASP 62-b getting its name from the technology used and is categorized by its number and letter designation.

Moreover, the Hot Jupiter exoplanet left the astronomers in amazement, because of its rapid movement around its orbit, with only four days to complete its cycle or year. The home planet Earth takes 365 and one-fourth days to revolve around the Sun and complete its one year cycle, and the newly discovered exoplanet takes only more than one percent of the Earth's days.

WASP 62-b was also categorized as a "Hot Jupiter" for its gaseous state, and the exoplanet was almost identical to the Solar System's gas giant, Jupiter. Some various names and states are exhibited by these exoplanets and these include "super-Earth" and "mini-Neptune" categories.

Related Article: Jets of Blue Lightning Detected Aboard the ISS via the European ASIM