'Destiny 2' Guide: All Dead Exos Locations and How to Get Them for 'The Lament' Quest!

"Destiny 2's" most precious collectibles and artifacts that unlock an achievement and "The Lament" quest is now scattered off its maps in Europa, with the locations of the dead exos up for grabs. Bungie's "Destiny 2" Beyond Light expansion pack has certainly featured new gameplays and direction for the game, but now it brings back an element from the past that puts a new scavenger hunt for gamers. 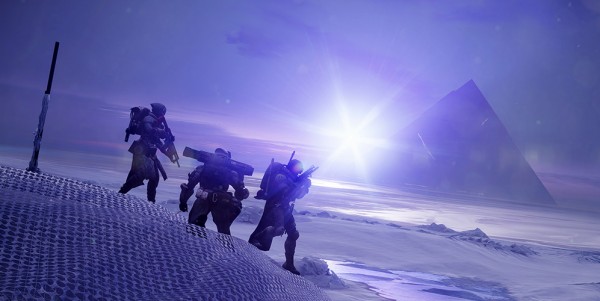 (Photo : Destiny / Facebook)
If you have missed an exotic, there's a new way to get them.

Destiny 2: How and Where to Find All 9 Dead Exos

According to Game Rant, there are currently nine dead exos that are up for grabs to gamers, each having a different level of difficulty for gathering and locating, as it is scattered in the map. All Dead Exos are available to collect, and there are no orders that need following.

As follows, three Dead Exos unlock "The Lament" quest, and players can stop there. However, collecting all nine entitles the gamer to unlock the achievement (and all its rewards) called "Salvage the Past Triumph" which is one of the most sought after to finish in the list.

(Photo : Destiny / Facebook)
"Destiny 2" fans can try to log in the game to experience the small live event before the expansion arrives.