'Destiny 2' Harbinger Activity Guide: How to Start the Mission and Find Hawkmoon Location!

"Destiny 2" offers a new limited challenge for players to join in and accomplish, especially as it relates to the most recent addition of a powerful hand cannon called "Hawkmoon" in the Harbinger event led by The Crow. However, the real challenge here is starting the activityand what to do along the way, because the event is somehow vague and confusing. 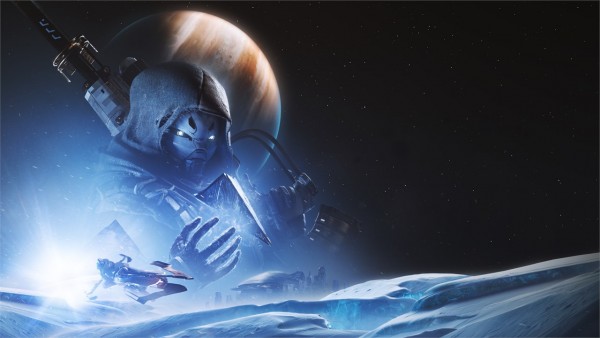 'Destiny 2' Harbinger Activity Guide: Here's Everything You Need to Know

Upgrading Hawkmoon and bringing it to its full potential is complex and hard, not to mention that it is somewhat a secret feature that puts players in a solo mission and adventure to collect their rewards. According to KackIsHD, the mission is vague and would only lead a player to its search when knowing of the Hawkmoon weapon and reading online forums.

'Destiny 2' Harbinger Birds of Prey Quest: How to Start

According to GameSpot, users would need to visit The Crow who mostly hangs out on the location called "The Tangled Shore" and interact with the NPC (non-playable character). Browse the missions in The Crow's menu and locate the "Bird of Prey" quest, which would only appear when users have already unlocked the Hawkmoon cannon.

The Crow would not tell gamers where to go, but head for Trostland in the EDZ zone with Hawkmoon equipped (essential). Head to Trostland's eastern area and enter the destroyed building where users would find go towards Maevic Square and stumble upon a fireplace. Blow it up using Hawkmoon to advance.

It will reveal a sparking box that gamers need to interact with to start the mission.

Follow the fireplace's pathway and look for a hole in the sidewall. Kill the Hobgoblin and take its place in the platform, and head down to the Lake of Shadows Strike Dam, and find another secret path. Look for the dam's entryway (rusted, rectangular door).

Change your loadout and Exotics to fighting hardened champions and increasing jumping distance for later missions. Here, gamers would be faced with defeating 3 Emissaries that features three different shield types. Choose a weapon to break them. Emissaries include a Taken Wizard, Knight, and Centurian.

Each emissary would flee as they raise their unbreakable shield and completing would let gamers continue. Also, be on the lookout for a glowing golden feather that would be used for an Exotic.

Also, look for the golden hawk to further on the mission, and it would sit near a door with a Taken Blight lock. Gamers would enter the dam's central part, where waves of enemies would appear. It is better to fight them in range, and take the higher ground. There would be two Captain Emissaries that would appear.

Clearing the area would trigger a portal where users would be taken directly to the Hawkmoon quest. Follow the pathway until the Final boss, Akorith. The boss would send waves, alongside its attacks, and upon damaging it to a third of its health, it would flee and send enemies towards your location.

Head towards the door to look for cover and finish the wave from there. After three waves, Akorith will appear, and this time, users can kill it.

Finishing the mission would reward the Hawkmoon Exotic catalyst, rewarding a different and random effect of the hand cannon. The quest's map would appear in the EDZ, and it could now be easily repeated to get different Hawkmoon cannons.