"SMITE" is seeing a server down status earlier this night after its fresh update to its latest season, Season 8, that features all-new maps and content for the popular MOBA game from Hi-Rez Studios. The reported problems connecting with the game are mostly about server issues and connections, while several users have also mentioned that logging-in is a problem. 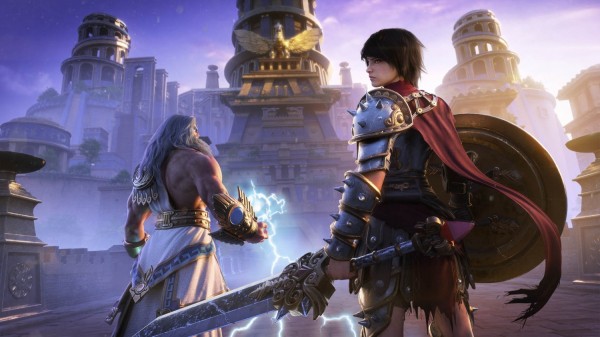 The popular free-to-play multiplayer online battle arena (MOBA), "SMITE," should have been hosting games for players especially after its awaited Season 8 update, but is now looking a downtime with its servers and log-in. Connection problems are occurring for players and have been reporting it to several other websites, including to the developers of the game.

Its developer, Hi-Rez Studios, has recently issued the update earlier today, and have been facing several complaints regarding connection and status. These problems are normal for a game after its massive update that brings several elements and new content, which is somehow difficult for the servers to connect and deliver to its users.

According to Down Detector. com, users have raised another issue of a server disconnection and problems earlier today, at around 2:00 PM PST, having players report it to the website with almost 400 users to join. Two problems were raised in the website, with one mentioning a server connection problem and the other is a log-in issue.

We've got your #Season8 issue reports and the team is on it!

Be sure to bookmark our Community Issues Trello to keep track of these and other known issues.https://t.co/pnFgxUZcSG

Moreover, the server down detection website has noted that "SMITE" also had several down reports last January 25, but that was already resolved. This time maybe during the preparation for the game's update, in which the developers need to shut the servers down, but after the update finished and have revived it, "SMITE" faced another server down earlier today.

"SMITE's" Twitter account (@SMITEGame) has already acknowledged that it is indeed having several issues after the Season 8 Update, saying that log-in problems are taken note of earlier today at 9:00 AM PST. The company said that PlayStation players are getting "DC" or disconnections, along with other issues that were reported and taken note of by its developers.

SMITE Season 8 Update: New Maps and Everything You Need to Know

Season 8 is a massive new chapter for "SMITE" and its gamers as it kicks off its start with double (2X) rewards for Favor, Worshipers, and XP points for the entire week that it launched. There are also several new contents, including a 2021 Season Pass for a Limited Grand Magnus Anubis Skin, a loading screen, and exclusive freebies with the paid content.

The new maps are the main attraction for the game's latest update, as it expands more on the 5v5 battle mode that involves an extensive team play and campaign, taking players to new heights. Freebies are also available like skins, etc., provided that users play "SMITE" in its Season 8 opening week.