American Airlines Stock Shoots Up, Thanks to Reddit Group Behind GameStop Stock Spike

Following the trend, American Airlines' shares have skyrocketed on Thursday as retail investors has made the struggling airline the next target. The company has gone down the drain after reporting a $8.8 billion loss for their 2020 financial results. As reported by NY Times reports, the company had about 30 percent of stock increase before giving up a huge portion of those gains. The day ends up with an increase of more than 9 percent. 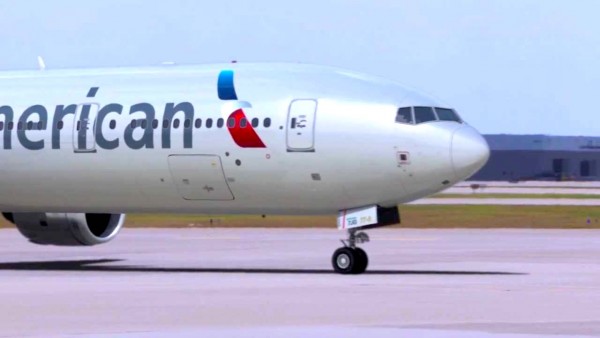 Apparently, the "I'll prove you wrong" game by retail investors from an infamous Reddit page Wall Street Bets seems to only get stronger by day. Recently, investors of this page have caused a surge in troubled companies like GameStop and AMC. The page is known to hold numerous market discussions by retail investors with the goal of taking down some of Wall Street's most ferocious investors. On a Wednesday night, one Reddit user suggested targeting American Airlines' stock next. He posted in the forum by saying, "Thoughts? AAL majorly shorted when all the other airlines aren't. Let's get this bread wsb!!"

As the stock prices on American Airlines have increased, many are curious about what the company has to say about the recent activity. NY Times has interviewed the chief executive of American Airlines, Doug Parker last Thursday to get juice about the issue. However, he opted not t0 comment on it.

"Before I begin my prepared remarks, I want to pre-emptively state that we will not be commenting nor answering questions on the recent activity in our stock price., he said."

"As a rule, we don't speculate on the day-to-day movements in our stock price and we're going to stick to that rule today.", he added.

These Reddit retail investors have directed their attention on numerous companies that are at the heart of short sales. Short selling is a maneuver used by investors to bet that the company's share price is highly likely to fall in the future.

According to Investor's Business Daily, American Airlines is on top of the list in the most shorted U.S airlines. It has short sales that account for roughly 23 percent of the total shares from the company. This data is released by S3 partners, which is a firm that tracks these trading activities. Second on the list is JetBlue, which has 4.9 percent of sales shorted by traders. Shorting activities followed after American has been severely hit by the pandemic. It entered with far greater debt during the pandemic than any other troubled airlines like Delta Airlines, Southwest Airlines, and United Airlines.

If the big traders get lucky, they can reap good profits. But if the prices skyrocket, they can absorb huge losses. It seems like retail traders on online platforms have grown more powerful in number and capacity. By driving up stocks like AAL, they have taken over professional investors and forced many to relinquish their short trades.