A new Research Finds that the language people use in internet posts may suggest an impending breakup which can be predicted as early as three months before they even happen. Researchers from University of Texas at Austin conducted this research from 6,803 Reddit users as respondents. These people have been chosen because they were a part of the subreddit r/BreakUps. However, it was not their participation in this subreddit that confirmed the predictability of breakups. Rather, it was their series of unrelated posts from other areas of Reddit. 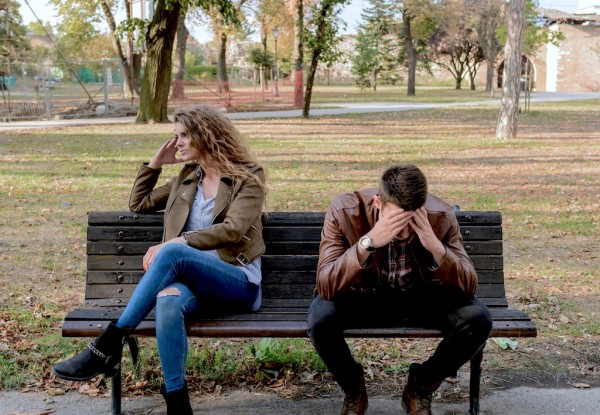 According to a report by IFL Science, these posts became the subject of study for Researchers where they studied the pattern of langage use to predict an upcoming breakup. The team from the University of Texas published the results of their study entitled "Language left behind on social media exposes the emotional and cognitive costs of a romantic breakup"in the Proceedings of the National Academy of Sciences.

During the course of the study, they looked at the pattern of language use  by the respondents before, during and after the occurrence of the breakup across a timeline of two years. They found out that a series of markers in language use begins at 3 months before a break-up happens. Furthermore, users who happen to have these markers do not go back to their former way of speaking until as late as 6 months after the breakup.

It so happens that the respondents who have the same use of language fall in the same pattern of breakup afterwards.

Proponents of the study suggest that "Signs included an increase in I-words, we-words, and cognitive processing words characteristic of depression, collective focus, and the meaning-making process, respectively and drops in analytic thinking, indicating more personal and informal language."

The team wrote an example of a language pattern that they have observed as signs of what they determine as "cognitive processing" as well as the multiple occurrences of "I-words." In the example below, the words in bold are the indicators that may signal an impending breakup in more or less three months.

"I'm undecided whether or not to share my story. I need some help because I feel lost but my story is long and not sure whether it's worth sharing."

Sarah Seraj, a doctoral candidate in psychology at the University of Texas at Austin and the lead author  of the study said in an interview via Science Daily, "It seems that even before people are aware that a breakup is going to happen, it starts to affect their lives."

They also observed that change in the use of this language is not limited to topics that involve relationships and romance issues, but even in joining other Reddit topics that do not involve these themes. This means that they begin to start adapting these language partners as they make internet posts in general.

When talking about the pattern of language use in internet posts, Seraj says, "We don't really notice how many times we are using prepositions, articles or pronouns, but these function words get altered in a way when you're going through a personal upheaval that can tell us a lot about our emotional and psychological state."

The study finds that these changes in language reached its peak during the week of the actual breakup, Moreover, these went back to baseline 6 months post-breakup. Another finding in the study suggests that those  respondents who went back to the subreddit r/BreakUps to narrate their story seemed to be "less well-adjusted a year after their breakup compared to short-term posters". Moreover, these users took more time to return to their normal internet language.

Related Article: One Hour of Video Conference Calls Emit Up to 1000 Grams of Carbon Dioxide: Study