The Razer Book 13 vs MacBook: Specs, Features, and Key Advantages Over Apple Alternatives

The Razer Book 13 has just been released late last year and is dubbed by Razer as the "productivity laptop." The $1,999 machine is being compared to a Windows Macbook by a user review from Gizmodo. According to the report Razer's first-ever non-gaming laptop is the closest thing you can get to the Macbook. 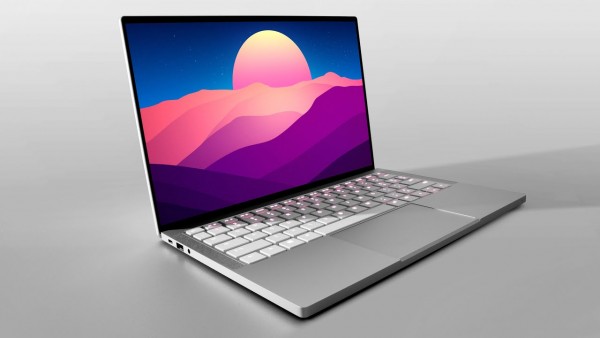 Razer Book 13 has an efficient 16:10 display, great cooling system, has excellent build, and has a great selection of ports. It is also Intel Evo certified.

For a non-gaming laptop that does not necessarily supersede Apple M1's speed, it can be a bit pricey. Battery life is also not that impressive, but is fair enough.

Design-wise, the Razer Book 13 can be very similar to Apple's machine. The obvious Razer logo on the lid can make it distinct, ofcourse. The silver aluminum chassis that it has is the same thing as the MacBook to make it light, sleek, and sharp.

The most obvious feature worth noting is that it has different port options, which Apple does not have. PC Mag also agrees that this is a convenient choice since it also means that you can ditch the dongles whenever you go somewhere. It houses two USB-C ports that have Thunderbolt 4 for charging and data, along with a USB-A port, an HDMI port, and a microSD card reader. These features alone definitely makes the Razer Book 13 a productive laptop.

The laptop has a 16:10 display which makes it slightly taller than the 16:9 display that the Razer blade Stealth has. It can give you a bit more headroom for multi-tasking. It also offers touch and non-touch full HD display options. It gives you a good high-res 4k Touchscreen laptop.

Although it's not a gaming laptop, it still has a per-key Chroma backlighting in white by default. However, you can change it in different colors if you want to resemble a more gaming feel. It also has great upward-facing speakers.

You can either choose from having the 11th-gen Core i5 or i7 CPUs as well as the Intel Iris XE integrated graphics where you can have either 8GB or 16GB of RAM with a 256GB or 512GB of storage, depending on how you want to set your configuration. In a CPU and GPU rendering test, it has beaten the XPS 13's time by 20-30 seconds. It also does well on the benchmarks.

In video editing, the machine only took 15 minutes and 32 seconds to make a video conversion from 4k to 1080p. It's much faster than the 17 minutes and 24 seconds of video converting in the XPS 13.

Although youtube can't add GPU just like you do on other gaming laptops, it can be a great tool for productivity tasks. Most Macbook complaints talk about machine heating. The Razer Book 13 has a slightly better performance in cooling. It's a bit heavier than the XPS 13 which allows it to efficiently distribute heat. It also has an impressive vapor chamber cooling system with dual mounted fans to release the heat.

It can work for 8 hours and 25 minutes which is a standard battery life performance in laptops. Apple's M1 Macbook Air slightly has an advantage with a four hour addition in battery life.

Is the Razer Book 13 a Good Apple Alternative?

Although it can be a bit more pricey than the XPS 13, the $1,999 machine can be a great choice of alternative for Dell and Apple machines with a few advantages such as more ports, vapor-chamber cooling system, and a decent Chroma keyboard.

Related Article: The Razer Blade Stealth Laptop In Pink Is Now Available, But Only For A Limited Time