"Apex Legends" Season 8 made some changes in the Kings Canyon map. If you are now having a hard time winning, here are the best landing spots you can use to have a great start in the match.

beautiful just beautiful seeing a ufo in king canyon on apex legends
could this be the update for kings canyon
or
better yet new skull town
or
some think else
like a new ship take us into space fighting on a space station as a new battle area @TitanfallBlog @PlayApex pic.twitter.com/5NKCssL7GQ

PC Gamer previously reported that the game's developer added some new sites that provide great loots. However, you need to keep in mind that these places will also have lots of players. If you want to have good loots, then you better be ready to fight against other players.

"Apex Legends" previously received a new map called the Crash Site, which is an area that features Fuse's downed gunship. You can find this area northwest of Artillery. Right now, there's an additional new Destroyed Artillery Tunnel that will lead you from the Crash Site to the Destroyed Cascades and Watchtower North areas. 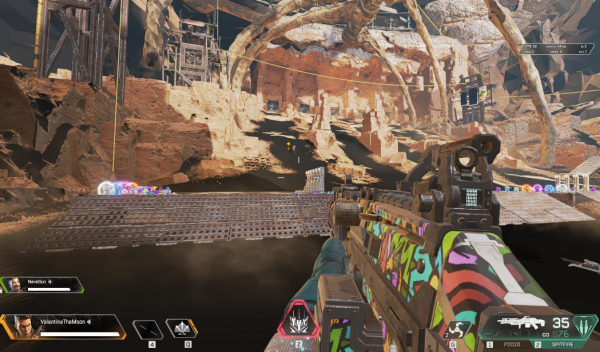 Hey @PlayApex just finished installing S8 and noticed that my visuals are a little scuffed, people stand out hella bad, I can also see through fences and things like the loose wooden balconies on Kings Canyon, dont wanna get banned for a bug in case someone reports. How do I fix? pic.twitter.com/wOQUXJ52J1

On the other hand, the developer decided to remove Slum Lakes in the game's Season 8 update. This area was then replaced by the Spotted Lake, which now offers ECHO camps and a big Filtration Dam, which is located on the Spotted Lake's east and west sides. These are just some of the changes you will encounter in the game's latest season.

Meanwhile, here is the complete list of the best landing spots in the updated Kings Canyon map.

According to Dexerto, Salvage is one of the best landing sites in the updated Kings Canyon map. It is located where Skull Town and Thunderdome used to be. Landing in this spot allows you to gather high tier loots, fresh hunting grounds, and escape paths.

However, you need to remember that since this area offers a great advantage at the start of a match, there will also be other players that will try to land here.

Water Treatment is also another great landing spot. it is still one of the most popular destinations on the Kings Canyon map since it is packed with good floor loot and loot bins. There is also the new Explosive Hold on the ride side of the POI. You can find this as you head down the coast towards the Repulsor.

Salve and Water Treatment areas are just among the best landing sites you can use to have the advantage you are looking for. Here are the remaining landing spots you need to check;

For more news updates about "Apex Legends" and other popular shooting games, always keep your tabs open here at TechTimes.