Scientists working in an Antarctic ice shelf to study its history has made a rather interesting discovery far from what they were trying to unlock: footage of mysterious and strange sea creatures living underneath the freezing waters and a half-mile of ice. 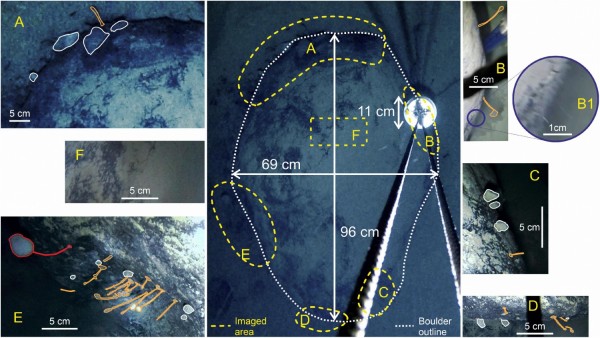 Melting a Half-Mile of Ice

In a report by WIRED, the whole discovery happened when geologist James Smith from the British Antarctic Survey was trying to acquire seafloor sediment from the Filchner-Ronne Ice Shelf, which is a five-hour flight from the nearest Antarctic station.

Smith had been camping in the area for three months for the research, and when he needed seafloor sediment, the team had to create a hole in the half a mile thick ice.

To do that, they melted 20 tons of snow to boil 20,000 liters of hot water, which would then get pumped on a pipe that had been inserted down a borehole.

The whole endeavor took 20 hours, but the crew was finally able to lower an instrument to get seafloor sediment along with a GoPro camera to know what was under the ice, but the first trip was unsuccessful.

There had been several trips down the ice, which took an hour each for a roundtrip.

But despite the failure to get seafloor sediment, Smith and his crew found something else: a massive boulder in the middle of the seafloor filled with strange and mysterious sponges and stalked animals.

Smith's colleague and biologist Huw Griffiths from the British Antarctic Survey and the lead author of the new research published in the scientific journal "Frontiers in Marine Science" watched the GoPro film back in the United Kingdom.

He then noticed a film on the rock, which is known as a microbial mat and sort of like a layer of bacteria where the alien-like sponges and stalked animals grew and thrived.

Griffiths also thinks the boulder is lined with wispy filaments that could either be a component of the bacterial mat or an animal known as a hydroid.

Life Underneath a Thick Ice Shelf

"It's not the most exciting-looking rock-if you don't know where it is," the scientist said.

The rock is located 160 miles from daylight, far away from the nearest spot that could get enough sunlight to sustain an ecosystem.It is believed that the strange sea creatures are living in absolute darkness, but what still baffles the scientists is that they are unable to benefit from "marine snow," which are the decomposed parts of creatures living above the water column that accumulate in the deepest seafloors.Since the rock is locked under ice, there are no living creatures that could provide marine snow, and they are unable to walk or swim to find their food.As of now, the scientists theorize that the marine snow is moving horizontally instead of vertically, which is how the creatures can acquire nutrients and survive, but as they are unable to acquire some specimens, there is still a lot to know about the mysterious creatures and how they eat and live in the middle of a lifeless and freezing water.