Experts discovered that 80% of healthcare apps do not meet NHS standards. Why? Because most of them lack security updates, have insufficient awareness of regulatory requirements, and include poor medical information. 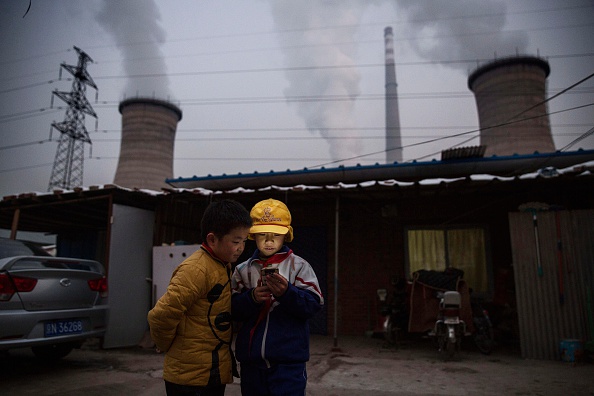 (Photo : Photo by Kevin Frayer/Getty Images)
BEIJING, CHINA - NOVEMBER 27: Chinese boys look at their smartphone in front of their house next to a coal fired power plant on November 27, 2015 on the outskirts of Beijing, China. China's government has set 2030 as a deadline for the country to reach its peak for emissions of carbon dioxide, what scientists and environmentalists cite as the primary cause of climate change. At an upcoming conference in Paris, the governments of 196 countries will meet to set targets on reducing carbon emissions in an attempt to forge a new global agreement on climate change.

According to BBC News' latest report, Liz Ashall-Payne, Orca Chief Executive, said that the firm's review helped them identify the apps that should be recommended to patients by NHS staff.

The health app evaluation company said that there are more than 300,000 healthcare apps that are available online. This is a serious matter since most people are relying on these platforms since they can't see a doctor immediately because of the restrictions implemented by governments during the ongoing global COVID-19 pandemic.

As of the moment, developers can categorize their apps and identify the ones reviewed by the healthcare app firm. These categories include medical, fitness, and health.

(Photo : Photo by Tomohiro Ohsumi/Getty Image)
TOKYO, JAPAN - FEBRUARY 13: A man wearing a face mask uses a smartphone as he walks on a bridge at night on February 13, 2020 in Tokyo, Japan. At least 219 passengers and crew onboard the Diamond Princess cruise ship have tested positive for COVID-19 making it the biggest centre of the virus outside China. Japan has also so far diagnosed 28 other people with the illness, some of whom are evacuees from Wuhan, and has announced measures to ban entry to foreign travelers from Zhejiang alongside an existing ban on non-Japanese nationals coming from Hubei.

Also Read: Apple Emoji Unveils in iOS 14.5 First Look-Here Are the New Faces, with a Syringe That Is Censored from Blood!

Right now, the health firm has reviewed around 5,000 apps, with most of them providing poor information. Here are some of them;

"Innovators can get a bad reputation and that can be unfair," said Liz Ashall-Payne via BBC News.

"Imagine if you have experienced a challenge with your health or that a loved one and you just want to help others. You're coming at it with good intentions but you wouldn't necessarily know which regulation your product needs," she added.

Aside from poor information, healthcare apps were also previously accused of leaking the personal details of users. Security Today stated that 30 popular mobile healthcare apps were tested. The study revealed that more than 20 million users were affected. Almost half of the involved apps were allegedly recording names, social security numbers, allergies, birthdates, medications, and other sensitive user data.