"CoD: Mobile" might have a new mode that replicates the popular "Among Us" mobile game mechanics. It was first spotted on the Chinese version of the game. However, there is no confirmation yet if the new rumored mode will also be available other "Call of Duty: Mobile" versions in other countries, such as the United States.

If this is true, the new mode will surely excite many players, especially the fans of "Among Us," which quickly become a popular mobile game in 2020. Its popularity could also be one of the reasons why "Call of Duty: Mobile" is mimicking its mechanics and other gameplays.

According to Dexerto's latest report, the YouTube channel Werewolf was the first one to reveal the new mode of "CoD: Mobile." In the leaked video, it was shown that the mode accommodates 12 players in one match. The game will take place at the very center of the Meltdown map, which really has a lot of hiding spots.

Just like in "Among Us," the leaker revealed that the popular shooting game's new mode will also have an impostor. However, some mechanics are not available in "Among Us." These include looting materials and other resources, which will become in handy for various reasons.

Players will need to gather loots as much as possible since they will help them take down certain targets and completely different tasks. On the other hand, the rumored game mode also has a voting system. 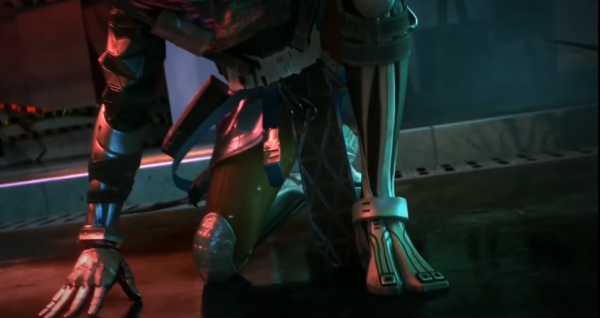 There are some instances where players need to gather at the spawn location and discuss various objectives in the round. Players will have the chance to argue about the current match. They can prove their innocence or vote other players out of the game, which is very similar to the current voting system of "Among Us."

If the majority of the players voted, the individual that has the highest number of votes will be eliminated and removed from the lobby. Meanwhile, players can explore the map throughout the action-phase of each round.

While looting for items during their venture, they are also required to finish some extremely simple tasks that appear on the minimap. All they need to do is look at their map or find the ping that indicates the available mission's location.

Once they are in the location, they can now interact with an object or do other commands that will complete the tasks.

Aside from the rumored new mode, "Modern Warfare" is expected to have its latest Season 7 soon. GameRant reported that the new season is expected to arrive this Feb. 25. The new season will have new content that will enhance fans' gaming experience. You can click here for more details.

For more news updates about "Call of Duty: Mobile" and other popular shooting titles, always keep your tabs open here at TechTimes.

ⓒ 2021 TECHTIMES.com All rights reserved. Do not reproduce without permission.
Tags: COD Mobile Among Us Crossover Leaked Mode Impostor Voting System
Most Popular