Elon Musk has revealed that the Tesla Full-Self Driving (FSD) feature is coming soon for electric vehicles of the company and it would promote a driverless technology for all, available for a full sale or subscription service.

Initially, the FSD beta was one of the hottest and most anticipated technology from the company, but ever since the start of the year, the buzz went down. 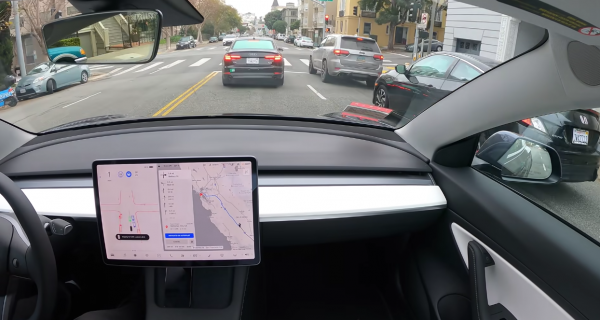 Tesla was anticipated and awaited by its existing customers and fans for the autonomous driving feature, which is the next big thing in the company's offers next to Autopilot which is almost the same tech.

However, FSD would get a user from point A to point B without the need to intervene when behind the wheel, but is required to be awake and aware at all times.

The FSD was the hottest talk of the town for Tesla, and it has been awaited by many users, with thousands of applicants for the Full-Self Driving Closed Public Beta that the company has launched towards the end of 2020. The reason for the closed beta and limited vehicle tests is that the company is not yet ready to release its full version, testing out what is needed to be changed in the vehicle.

Read Also: Elon Musk Dogecoin Under Investigation by SEC Over Tweets and Promotion of the Cryptocurrency!

According to the multi-CEO head of Tesla, SpaceX, and other companies, Elon Musk (@elonmusk), the Tesla Full-Self Driving (FSD) technology would come to the public in Q2 of the year. The CEO said that it would be coming "for sure," hereby affirming that it is near public use and experience, which the public could soon have within their grasp.

It was initially announced by Elon Musk that the Tesla FSD would be under a subscription service from the company and that users would have to pay for the technology regularly once it releases. However, another recent tweet by Musk suggested that users are suggested to opt-in buying the technology instead of subscribing for "long-term" purposes.

Note, buying FSD will still be a better long-term deal than subscription

Musk's tweets revealed a massive implication that Tesla FSD could be directly bought from the company, and it could also be "rented" via the subscription service, targeted at people who are only trying the EV. Cars on a lease or under rental services could opt for the subscription, while Tesla owners that would keep the EV for a long time could buy the entire technology for their vehicles.

Tesla FSD's Changes Throughout the Year

Initially, Tesla's FSD is already included when buying the electric vehicle, or so the public thought. It was a misconception that Tesla vehicles are already equipped with FSD technology, which would use the Autopilot's cameras, sensors, and other algorithms, then just having a software upgrade to integrate the new tech into the vehicle.

However, the two are entirely different and would be varying from each vehicle. Tesla is allowing the sale of the FSD, which was initially thought of as a drop for all Tesla EVs before it was changed to a subscription service. Nonetheless, Tesla FSD is coming in the second quarter of the year, which would span from July to August.