Apple is debuting a new promotion for its online payment method that only needs the smartphone, the Apple Card, that doubles its daily cashback rates for this March and is focused on new applicants of the service.

On a regular day, the cashback rates would only be at three percent but Apple is allowing six percent to be returned to a paying new customer. 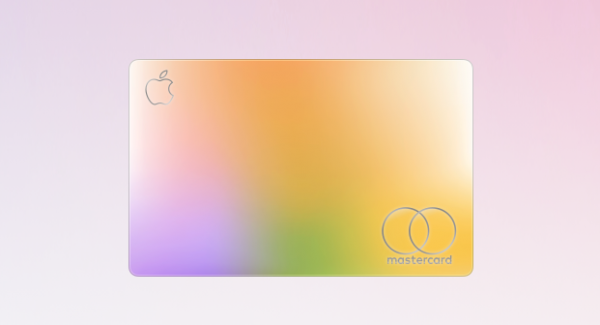 Online payment methods have defeated the purpose of bringing physical cards that are prone to get hacked and stolen whenever brought and paid via swiping it on machines.

On the other hand, services like storing one's card on an app may help whenever the bank details are being accessed remotely, and would automatically alert the user for it.

The Apple Card is a credit card that users could apply for, and would be under Goldman and Sach's bank services, and is primarily used for all Apple purchases for the iPhone, iPad, Apple App Store, and Apple TV.

Ideally, this would be a convenient payment method as it would mostly hold all purchases and costs to one card that is dedicated to Apple.

According to Apple, March 2021 is bringing a surprise for all Apple device users as it invites people to utilize Apple Pay whenever purchasing or buying from the App Store and other services of the company.

However, the promotion would only be available for New Customers or Applicants of the service, and would exclusively for this month only. 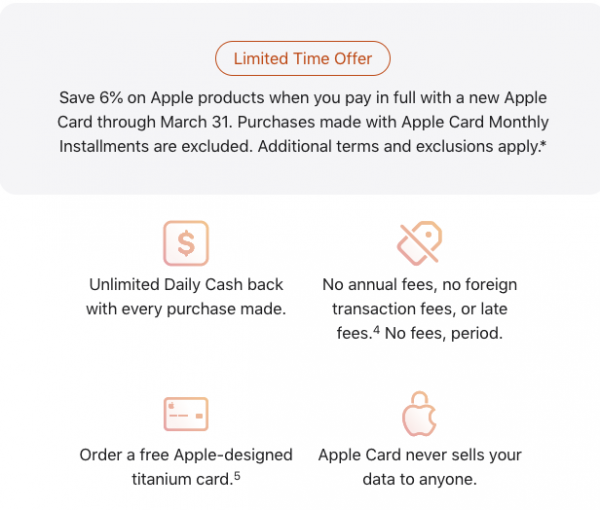 Users are given three percent daily cashback on purchases, and for this promotion, Apple Card is holding it up to six percent, which means that more savings and return of cash are rewarded to its users.

Moreover, Apple holds a disclaimer that this purchase would only be for this month, until March 31, and would not include installment payments.

The Apple Card's succeeding purchases and other monthly installment payments are still subject to the three percent cashback rates from Apple and would continue to have one for this month.

Apple also said that it would deliver a freebie of titanium and personalized Apple Card for the purchase, which could be used for other payments and as a swipe credit card for stores that accept Apple Pay.

Apple Card: How to Apply as New Customer

Users may head to Apple Card's website via the computer or Safari web browser directly on the iPhone or iPad or use the Wallet built-in application to access Apple Pay.

Here, users would see the Apple Card payment method and it would directly bring users to Apple's sign-up sheet where users would register personal details and the like.

Users should have their identification and other information available with them, particularly with an Apple ID to make the process efficient and smooth.

Currently, the Apple Card is limited to the country and can only be used in United States territory that accepts the Apple payment system and credit card method.