360 S7 Robot Vacuum Review: The Smartest Cleaning Appliance You Need to Have

Robotic vacuums are nothing new, especially when we can create other things like robotic dogs and self-driving cars. But even if there are already tons of smart cleaning appliances in the market, the 360 S7 robot vacuum and floor mop still managed to outshine a few vacuums in the top list, and it does so for just under the $500 mark. 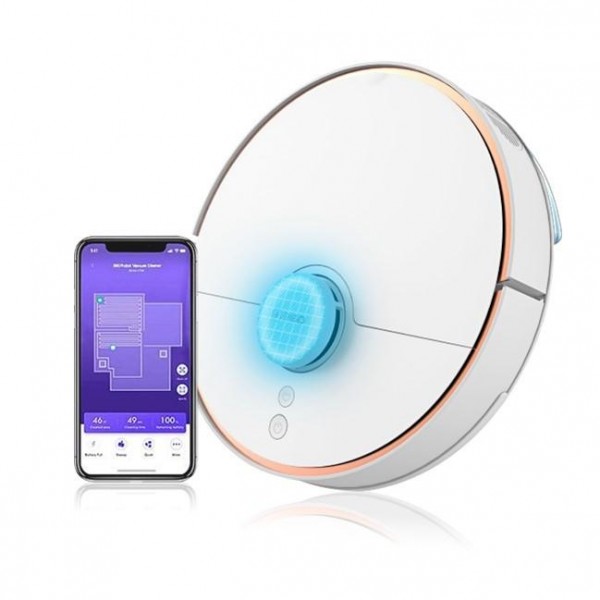 (Photo : Wellbots)
The 360 S7 has amazing features that not every robot vacuum has--and it's available for less than $500.

360 could very well compare with the most famous brand, iRobot's Roomba robot vacuum. Sometimes it even works better, thanks to some of its great features, like its LiDAR system and your ability to command it to clean (or not to clean) certain spots with just a few taps on your smartphone.

Overall, the experience with the 360 S7 smart vacuum is excellent. It's indeed one of the smartest cleaning appliances out there now.

Right Out of the Box

The 360 S7 smart vacuum retails at $299 on Wellbots. After that, buyers can choose to add accidental protection from Consumer Priority Service (CPS) for $35.99 for two years or $47.99 for three years. Whether you'll get the protection or not, it's great to have some options for this.

Once you receive the box, it would contain the following:

One good thing we loved about this is the addition of five different charging adapters, which is cool since you don't have to run to rummage around for an adapter if required. 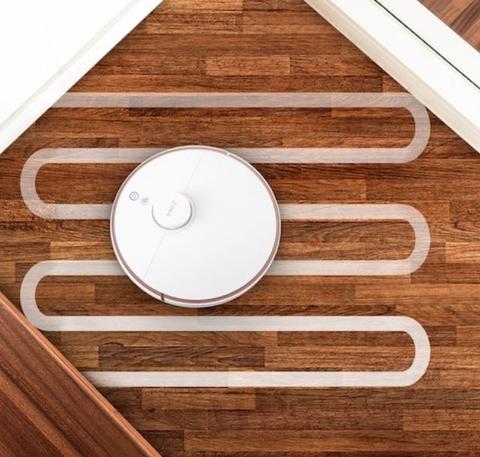 (Photo : Wellbots)
The 360 S7 vacuum has a great minimalist design.

The smart vacuum has the usual round shape that every floor vacuum has. But the 360 S7 has a good, minimalist design with a simple gold accent at the top to make it a little less robotic-looking and fancier. If it sweeps around the room and you have guests, it won't really distract them too much, but it's also not something that looks out of place.

On top of the device is a towering bulge, which contains the LiDAR sensor. The sensor rotates quickly in real-time to scan the surroundings. If there are obstructions on its path, it will find the best way around it to prevent a collision. It also prevents the device from falling off stairs or tables with its anti-drop feature.

Then, there are two buttons for starting/stopping the vacuum and for the robot to return to its base. The other half of the top includes the cover for the dust collector compartment.

Again, it has a very minimalist design that we absolutely adore.

The best thing about the 360 S7 vacuum/mopping device is that it does the work so well. Cleaning is easier than ever, plus it saves you a lot of time.

A vacuum and a mop

The 360 S7 is both a vacuum and a mop, so besides sucking debris on your floor, it also keeps it squeaky clean, and polished.

It has a 2200 Pa suction power, making it capable of collecting small debris like food to even hair, wool, or fur. The device also comes with a HEPA filter and its 570 ml dust collector to filter out allergens.

The mopping pad can be attached to the vacuum, and there's a section for the water tank. It will then wet the mopping pad to clean your floor further. It doesn't remove stubborn stains, but it's a given, and we'll definitely take what we can get, especially if you're like us, who don't have enough time for manually mopping the floor and keeping it presentable at all times.

The water tank can hold 150 ml of water, which is enough for 30 minutes of non-stop mopping.

There are three levels available: Quiet, Standard, and Maximum modes.

If you choose the Quiet mode, it would clean a large part of your home and work non-stop for 120 minutes or two hours. It also is indeed quiet at 60dB, a good hum in the background, and best for white noise.

The Standard mode allows it to clean for around an hour and a half, while the Maximum mode, which is the most powerful level, can do some heavy-duty job for around 45 minutes to an hour. 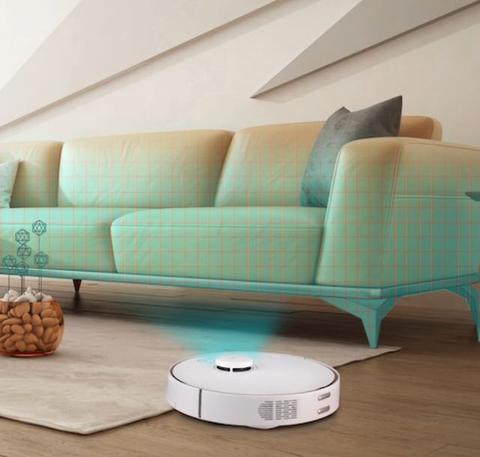 (Photo : Wellbots)
The LiDAR sensor guarantees it does not collide with any object in your home.

The 360 S7 vacuum and mop has a feature where if it can't finish vacuuming or mopping designated areas in one charge, it will automatically return to its base and recharge. Then, it will set off yet again and continue the job when it has enough battery.

Furthermore, the device is equipped with SLAM technology that builds a precise map of your home. It can store up to 10 maps, so if you're a frequent mover, no problem. You can use the map to designate a no-go zone/no-mop zone or areas you don't want the device to clean. You can then select which rooms it should clean and areas in a certain room it can vacuum or mop.

Moreover, the 360 S7 detects carpets and rugs, so when you're using the mopping feature, it will automatically turn off. It does retain its vacuuming work and will carry it out without any problems since the device is perfect for multi-surface use.

There are three ways to control the device: turn it on or off manually, use the dedicated app that allows your commands to be more specific, or you can connect it with Google Assistant or Amazon Alexa for voice commands.

Although the voice command is great, we preferred using the app--perhaps like many other users do. The app itself has a very friendly interface, so the whole experience is easy.

The 360 S7 robot vacuum has everything you need in a vacuum and more. Sure, it's a robot and is smart, but it provides more extra features that homeowners would love, from selective cleaning to the no-go zones/no-mop zones.

Aside from the 360 S7 Robot Vacuum, you can also try the iRobot Roomba i7+ & Braava M6 Bundle which works together to keep your floor clean. After the i7 vaccums your floor, the Braava M6 mop will automatically start working. Getting this bundle will help you save $150 ($1,099 shipped instead of $1,249).