'Fall Guys' Season 4 Update: Everything You Need to Know—Release Date, Trailer, and MORE

"Fall Guys" Season 4 is coming soon, and the game is not coming to an end thanks to the recent acquisition by Epic Games from its original developers and publishers, Mediatonic. The battle royale title is having a new home by Epic Games, alongside another shooting frenzy game, "Fortnite," and the company is bringing new content for the game.

Initial rumors of the popular battle royale would end and stop its servers for 2021 has been eradicated, and that is because of the transition of the game to a new developer and manager for the server. However, despite these massive changes for "Fall Guys," it would not change its branding and game format, as Epic Games aims to continue its glory and reign.

The game has been one of the most intuitive games that adapt to its massive user base and fans that play the game, presenting a highly interactive connection with its fans via social media. Here, the company also gathers details and intelligence from gamers to new content which it would launch, and this makes the title popular among the community.

Read Also: Water-Cooled PlayStation 5 Mod Coming Soon for Custom Orders from YouTuber-Is it Worth It?

'Fall Guys' Season 4: Everything You Need to Know 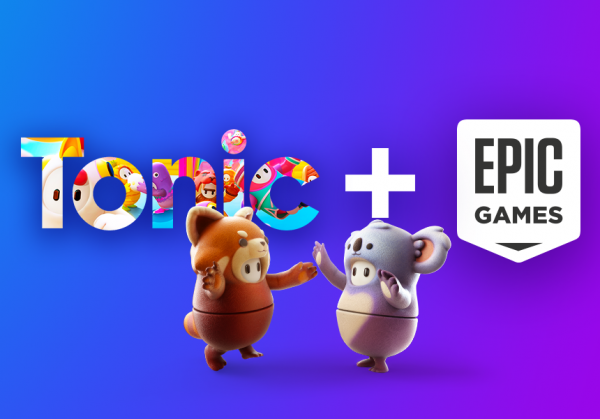 According to Mediatonic, they are making their final preparations for the game, especially as it preps to transfer among Epic Games' direction and hands as it continues its gaming services. In what is supposed to be a massive letdown for thousands of the game's players and fans, is a brink of hope to continue the hit-elimination frenzy.

According to a tweet by Fall Guys' (@FallGuysGame) official Twitter account, the game is already on its final development and design of its Season 4, which would be called "4041." The release date of the game's new season trailer would be next week Monday, March 15, and would be providing the first-look at the new content.

There are still no official release dates nor confirmation of Season 4's drop, but Mediatonic seems to suggest that the new content is coming soon, giving players a shot at the new Season. The company's transition to Epic Games is also finalized, meaning that it is possible that the "Fortnite"-creator would have a hand on Season 4.

The theme or main concept of "Fall Guys" Season 4 would be the year 4041, suggesting that a far-flung reality from the current concept of the battle royale is coming. A futuristic view of the game would be debuted, despite "Fall Guys" already bordering on a heavily-animated futuristic content with its regular themes.

Shout out to nukeykt from our Discord, who put it together with help from the whole Discord community!

Maybe we should have done 4041 pieces 😂💀 pic.twitter.com/K6FLEmiE8X

Related Article: 'Bravely Default 2': How to Get 'True' Ending-There's More to Story than Defeating the Boss!