Tesla has silently released its software update version 2021.4.12 which focuses on the Winter Update for Model Y, particularly as the company aims to improve adaptability to cold weather conditions. Apart from that, there are also several additions to the new software version, and this could be a turning point for electric vehicles.

Over its course of development and rise to prominence, the clean energy company, Tesla, based itself on the sunnier side of the country, particularly in California. Initially, Tesla's first factory was set up in Fremont, and it based itself on Palo Alto, essentially making its vehicles adept to hot weather that only has two climates, the rainy and sunny.

However, as Tesla grew in popularity and significance, its vehicles were distributed across the different states of the U.S., along with other countries that experience the four seasons with Winter. There were initial problems for Teslas in the winter and this includes freezing up hinges and handles, windows, other accessible crevices of the vehicle. 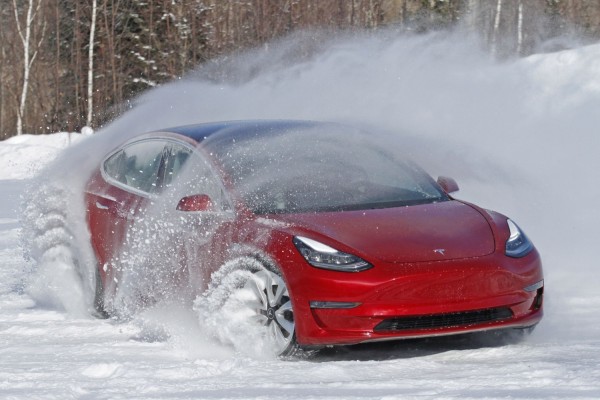 Because of the aforementioned issues, Tesla has begun to work on its electric vehicles and products to adapt to any weather conditions that have been presented, matching the lifestyle and conditions. The latest update called 2021.4.12 aims to address these issues, thereby allowing Tesla EVs to adapt to the winter's cold.

According to Electrek, the latest update was spotted by Tesla Users who point out that its update notes reveal that there are minor updates for its Winter adaptability and Cold Weather improvements. Apart from that, the company has also addressed some minor bug issues, including several fixes to address the matter at hand.

Moreover, the report said that it is also beneficial for the Model Y platform and its owners, particularly as it is the youngest of its releases, having a 2021 update and revamp for the electric vehicle. Moreover, this is also the platform, along with the Model 3, which observed several Winter issues that hindered the performance of the vehicle.

According to a scoop by popular Tesla Leaker "Green" (@greentheonly), another massive thing has joined update 2021.4.12, and it is an updated Tesla Driver Data Policy that might be a possible case. The "insurance telemetry" policy of Tesla, now uses individual driver data and stores it for insurance claims.

So we all heard how Tesla Insurance does not use individual driving data?

Well, the times are a-changing.

The screenshot of the software update reveals that Tesla promises to keep it on the low key, meaning that they would store these data anonymously, but then use it whenever it is needed for the user's convenience. The company aims to add more provisions and data to be gathered in the future, as revealed in the update.

Related Article: 'Tesla Tequila' Now Out of Stock After Restocking via Website-How to Buy This $250 Drink?